FEMONOMICS & WENOMOMICS: Why Women are Driving Rethinking of the Sales Model (1) 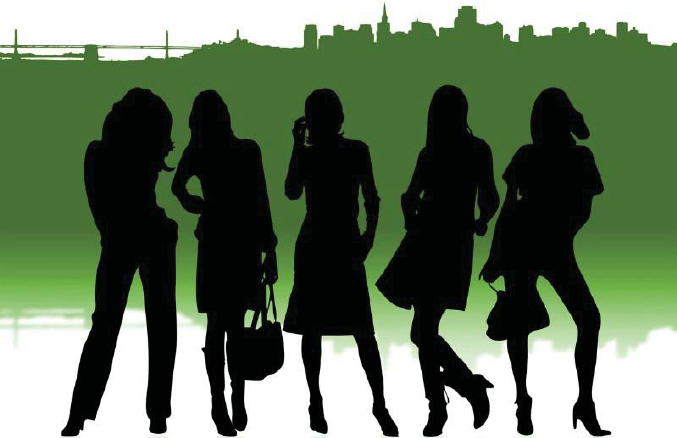 When you recognise that women are not just the majority but actually the vast majority of consumers, and that their power is only going to increase, it completely changes the commercial urgency of getting to grips with women buyers.

It’s extraordinary isn’t it how so much has been made of the emergence of China and India and of the impact of new technology on the world’s economic wellbeing – and yet a factor bigger than either of these dynamics has been comparatively ignored.

The rise in the participation of women in the economy through full-time work has contributed more to economic growth than either Asia or online globally. Some have noticed and commented – auther and speaker Fara Warner has written an eye-opening and important book “The Power of the Purse”, Tom Peters has been on about this for years and in 2006, The Economist coined its own term ‘womenomics’ to describe this gender-based economic upswing – but by and large, the attention pales in comparison to the space writers and journalists have devoted to Silicon Valley, the rise of the subcontinent and the Red Dragon, and of course social media.

It’s not hard to see why. For many senior male decision makers, very little has changed. Most board positions are still taken by men, and men still dominate senior management roles. And yet, in the first world at least, while there has been little upheaval in the layout of the executive washroom, the social situation could not have become more different.

In the US, the participation of women in the workforce has risen from just 20 percent in the early 20th century to close to 50 percent today, and it is still rising. The numbers around that speak for themselves. According to Gerry Myers, American women now earn, control, and spend trillions of dollars annually. In fact, they are responsible for a whopping 80 – 85 percent of all purchasing decisions.

Since the Second World War, they have transformed from the “silent economy” spending ‘someone else’s money’ to an economic force to be reckoned with, very much in charge of their own spending power. So it’s extraordinary that so many marketers still regard marketing to women as akin to catering to a niche market.

As Fara Warner points out, when you recognise that women are not just the majority but actually the vast majority of consumers, and that their power is only going to increase,

it completely changes the commercial urgency of getting to grips with women buyers. It also helps explain why and how\ brands have evolved in recent years, and why the “experience economy” can only become more important.

According to a 2005 article in Businessweek, the buying power of women has soared, as women’s incomes have jumped 63 percent over the last 30 years. By contrast, the median income for men has barely moved — up just 0.6 percent. Referring to several companies that have seen and responded to what is happening, Warner is quoted in a Tom Peters interview:

“These companies have learned that it is no longer enough to know that women are their most important consumers with lots of money to spend … The future requires a deeper understanding of how the trends in women’s social and economic status will continue to transform women and the world around them for decades to come.”

This, women and gentlemen, is probably one of the biggest shifts we will ever see. It’s happening right before our eyes. And too many marketers seem to be too busy looking elsewhere to notice its depth, significance and resilience. Perhaps the most powerful implication, and the key focus of this paper, is what this shift in power will come to mean for how organisations must market, and the differences that femonomics must generate in the way we think about selling models. Goodbye Selling to Budget Let’s start with the way men like to sell. Intensely. Competitively. Combatively. Because that’s the way many of us have been taught to sell. Hard. Cast an eye across to Wall Street to see this philosophy allegedly hard at work. There, it is said, clients have been reduced to “muppets.”

Most of the sales techniques we still use these days are based on an outmoded model, developed in the post-war period. This was a time when men still sold largely to men – and everything was about convincing, overcoming objectives, nailing the sale, making the budget. These techniques still work OK for men – for now anyway – because the way men buy has been transactional, pricebased and testosterone-powered for so long.

Unfortunately, these techniques continue to fail with women, because they are aggressive, relatively unsophisticated and built around promises rather than sincerity. It’s tempting perhaps to confuse a softer sell with an easier sale. Women often buy in a more considered, relationship-based way, but that doesn’t mean for one moment they’re going to be easier to convince.

The wider implication is that femonomics demands not just products that address women’s priorities but also a complete rewrite of the sales process. (It is also becoming clearer, as Warner shows in the case of MacDonalds in her book, that over time male consumers do follow where women lead.)

Valuable relationships over the wider economy are going to be increasingly derived from their women-time value. A relationship that women feel comfortable giving their in-demand time to (before, during and after they part with their cash).

Sales, and therefore the marketing that generates those sales, is evolving from internally-facing “making budget” to externally driven “exceeding needs.” And the way brands monitor and evaluate sales and customer relationships will need to alter too to reflect that.

The next era of CRM will stop plotting how customer relationships are managed – because let’s face it, who wants to be managed? – and increasingly focus on ways to ensure customer relationships, particularly the relationships that companies have with women, stay fascinating. In other words, women are reshaping the sales funnel. It’s becoming more instinctual, more multi-dimensional and more rewards based (in the broadest interpretation of that word).

CRM is increasingly about customer relationship motivation – monitoring the buying and experiential preferences of buyers and intelligently tracking, responding and proactively marketing to those changing inclinations through a mass-customisation model in order to outwit, out-charm and out-motivate competitors.

A New Level of Pitch
Men love to pigeon-hole women as impulsive and obsessive shoppers. What they often overlook is that women are also more sophisticated in their buying habits and much more brand and trend aware than their male counterparts.

Much of the rise in the vaunted democratisation of the luxury market, for example, can be attributed to the aspirations, tastes and spending power of women with more spending capacity. The rise in the appreciation of aesthetics has also seen more and more designers putting their names into high street lines. At the same time, prestige car manufacturers are changing their models and their price points to welcome in women consumers.

Women in other words have hugely influenced the rise of design as a consumer phenomenon – from the way products are packaged to the environments within which sales take place.

But it’s more complex than just taking everything universally up-market. According to Michael Silverstein of Boston Consulting Group, women shop differently, very differently, from men. They research more extensively and are less likely to be influenced by ads.

All of which makes for a very different marketing style. And a very different sense of what’s valuable. Heavy media campaigns alone won’t cut it either, because women increasingly look for endorsement of the products they prefer through the magazines they read and the sites they visit rather than just awareness. They want detail before committing.

And they are more interested in the indirect selling style of product placement, sponsorships, and editorial. In other words, they are looking for messages and ideas they identify with rather than tradition repetition and interruption-based advertising. Then, once they are motivated to buy, these time pressured buyers want experiences that mirror their enjoyment of surprise, recognition and reward and their status as senior decision maker at home and, increasingly, at work.

Those shifts in purchase consideration are reconfiguring how advertising works. They also represent a huge opportunity for social media. In her post “Social Media Trends Among Female Consumers in 2012”, Susan Gunelius points to a study by BlogHer and Vision Critical that shows women trust the information and opinions they read on blogs and social media sites, and they make purchase decisions based on that information.

This, says Gunelius, is data that brands need to pay attention to. What’s more, she says, there is still plenty of room for growth in this more consultative model and the proliferation of mobile devices could be a key catalyst for that. While men prefer to keep things brief, women like to converse. And marketers need to recognise that by building relationships with their customers that are increasingly talkative.

Deeper trust drives better conversion into action.” But before people will listen, brands need to earn their interest. For me, that means more careful building of brand equity, a greater degree of emotional intelligence in the way companies position products, greater reliance on diverse media to lift awareness, an increasingly content-focused strategy and much more thoughtthrough, holistic and engaging shopping experiences generally.

It’s been fascinating to watch retail outlets that used to sell purely on price make a concious move to lift their environment so that they are more condusive to lingering, and more aligned with what (women) shoppers expect to get with their purchase. Longer is the ongoing black. Waist-high bargain bins and price cutting may work wonders for males with attention deficit, but they fail to impress knowing women shoppers – and more and more, shopping environments and the relationship cultivated between supplier and buyer need to reflect that.