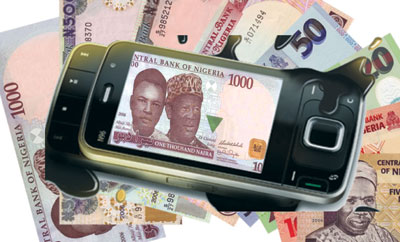 The inability of banks and telecom operators to agree on modalities for mobile money operations is hindering the potential of such transactions in Nigeria, compared to the acclaimed success of M-pesa in Kenya.

Mobile money transactions need legislations and approvals from both the Central Bank of Nigeria (CBN) which regulates the banking sector and the Nigerian Communications Commission (NCC) that oversees telecom services in the country. Giving an insight into the success of M-Pesa in Kenya at the Commonwealth Broadband Forum 2015 in Abuja, Mr. Joseph Tiampati Musuni, Principal Secretary, Ministry of Information, Communications and Technology, Kenya, said their country experienced a similar Banks-Telcos disagreement at the outset of mobile money services in Kenya. But he added that the government was able to facilitate an amicable and working arrangement between them to pave way for roll-out of the service.

Musuni recalled that commercial banks in Kenya argued that money in circulation should be deposited in banks for them to earn interest instead of residing and being transferred through mobile phones which meant loss of revenue. A stakeholder in the Nigerian market lamented that lack of smooth relationship between telcos and banks affects mobile money services in the country, mainly because the economy is bank-led, rather than telecom-led.

Reeling out the figures on Mpesa, the Kenyan official said the scheme recorded a total of 26 million users as at December 31, 2014 while the mobile money penetration in Kenya stood at 82.6 per cent at the same period under review. In terms of revenue, he put the annual transactions at $25 billion, translating to $68 million per day through a nationwide network of 120, 000 mobile money agents.

Musuni listed speed, convenience, safety and cost as four key benefits of mobile money service. He also cited cyber-security threats and issue of regulation between the financial and telecom regulators as some of the challenges of realising the full potential of mobile money in any given environment.