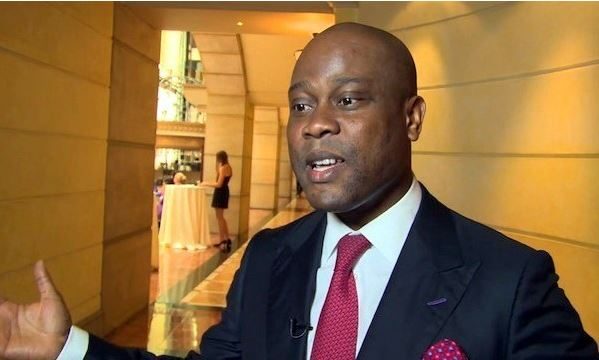 Access Bank Plc has denied wrong-doing in the alleged sale of goods worth N2.5 billion belonging to one of its customers.

The denial was bluntly made when the Police Special Fraud Unit in Lagos charged Access Bank Plc, its managing director and chief executive officer, Herbert Wigwe, and others with 21 counts of conspiracy, fraudulent disposal of trust property, fraudulent conversion, stealing and false representation before an Ogun State High Court.

But in a notice to the Nigerian Stock Exchange (NSE), on Monday, Access Bank denied the allegations stressing that at no time did the bank or any of its executives or officers commit any of the alleged offences.

The statement reads: “In 2015, Access Bank availed credit facilities to Metal Africa Steel Products Limited, to finance the importation of billets and machinery for the expansion of its factory. Consequent upon the grant of the facilities, the bank opened Form M and Letters of Credit, LC, to facilitate the importation of the billets for which the shipping documents were consigned to the bank. The facilities were secured by a Debenture Trust Deed over the customer’s assets shared with other lenders. Upon arrival of the billets, the bank released the shipping documents to the customer to enable it clear the goods. The bank subsequently discovered that the customer had cleared the goods from the port without payment of appropriate customs duty. The bank, in line with its duty to protect its depositors’ funds, reported the alleged crime to SFU which obtained a court order to take over the customer’s business operations. Furthermore, the bank petitioned Interpol, which is presently taking steps to repatriate the suspects involved in the alleged fraud from India. Subsequently, the beneficiary banks (including the bank) under the Debenture Trust Deed, appointed a Receiver/Manager who took over the operations of the customer’s business and paid the appropriate customs duty on the billets. The Receiver/Manager subsequently obtained a court order from the Federal High Court and sold the billets and distributed the proceeds amongst the beneficiary banks (including the bank. The lender further said in the statement that it was “aware that the petitioner also laid claims to the same billets following which there were attempts at the settlement between the petitioner and the Receiver/Manager. The petitioner subsequently filed a complaint at SFU following the failure of settlement. Based on the foregoing, we were surprised to be served with the charges by the SFU alleging, amongst others, that the bank stole the billets and forged the shipping documents covering the billets. We hereby state that at no time did the bank or any of its executives or officers commit any of the alleged offences. The bank has continued to maintain the position that it financed the importation of the billets and that the Receiver/Manager appointed by the bank and a syndicate of other lenders had the right to sell the goods. We are aware that there are civil matters in court on the same subject. We are also aware that there are on-going settlement negotiations between the Receiver/Manager and the petitioner. Without prejudice to the settlement discussions and the civil matter, we reiterate that the Receiver/Manager appointed by the bank and a syndicate of other lenders acted within its powers to sell the billets. We wish to assure our stakeholders that the bank will continue to take all necessary steps to protect its depositor’s funds, in line with its fiduciary duties as well as extant rules and regulations.”

The implication or inference from Access Bank’s submission is that the bank did not in any way contravene or breach any agreement involved in the deal, and as such not liable to any offence as the court or public is being made to believe, except the complainant has other issues to raise in an expected originating summon. Until then, the bank remains adamant and stands by its position on the matter.