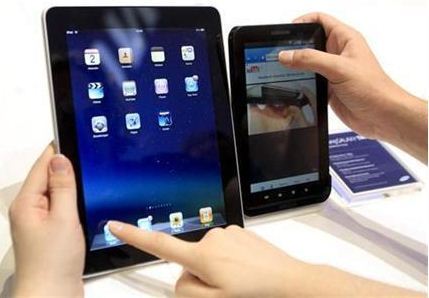 Worldwide tablet shipments, inclusive of slates and detachable reached 38.7 million in the second quarter of 2016 (2Q16) according to preliminary data from the International Data Corporation (IDC) Worldwide Quarterly Tablet Tracker.
Growth continues to decline with the market receding 12.3% year over year as vendors begin to refocus their product lines and consumers hold off on purchases.
An overwhelming majority of tablets shipped this past quarter were Android-based systems (65%) followed by iOS which captured 26%, and Windows for the remaining share.
Though this trend has been constant for years there are early signs of change as the Android vendor list has contracted and champions of the OS have begun to offer Windows-based products, hedging against the decline of Android slates.
“The market has spoken as consumers and enterprises seek more productive form factors and operating systems – it’s the reason we’re seeing continued growth in detachables,” said Jitesh Ubrani, Senior Research Analyst with IDC’s Worldwide Quarterly Mobile Device Trackers.
“At present, it’s difficult for Android to compete with iOS or Windows detachable products. However, the next 12 to 18 months will be very interesting as Google launches the next version of Android with better multi-tasking support and as they begin to bring together their two operating systems.”
Despite the continued decline in slates, the form factor still accounts for over three-quarters of the market. “While growth in the detachable category is undeniable, slates continue to represent the vast majority of the segment. Vendors like Amazon, with a very focused approach to positioning, price, and purpose, managed to capture a considerable share of the market. Slate sales are declining but they still serve a purpose and will do so for a long time to come,” said Jean Philippe Bouchard, Research Director, Tablets at IDC.

Tablet Vendor Highlights
Apple’s launch of its second detachable helped lessen its year-over-year decline to 9%, but more importantly it helped raise Apple’s average selling price (ASP) and revenue.
Price reductions on previous generation iPads and the latest Pro-iterations are expected to have the same effect for the remainder of 2016 as the consumer and enterprise audiences evaluate their needs.
Samsung continues to hold the number 2 position in IDC’s ranking with methodical coverage of price bands, features, and screen sizes. Samsung’s results should get better as it arguably leaves the detachable category still untouched. It is also important to note that Samsung’s Galaxy View is not included in IDC’s Tablet taxonomy and therefore not included in the presented results.
Lenovo’s strength is primarily in Asia/Pacific, Europe, and the Middle East & Africa (MEA). The company has managed to grow its share on the backs of unique, sometimes esoteric designs.
Tablets like the Yoga Tab 3 Pro offer a built-in projector and have allowed Lenovo to differentiate themselves from other premium media-focused tablets. However, the majority of its shipments still come from the low-cost Lenovo Tab 2 and Lenovo Tab 3 lineups.
Huawei’s Matebook has been off to a rocky start as the specs have not been reflective of the price. The company’s first foray into the detachable segment seems half-hearted and it’s imperative for this to change should Huawei expect to make any headway in this space. Meanwhile, Huawei’s slates continue to perform well in the Asia/Pacific and MEA regions.
Credit goes to Amazon as its performance this quarter has been reflective of the aptly named Fire tablets. The low price combined with the company’s online presence has once again afforded Amazon a spot in the top 5 vendor list. Given the growing popularity of Amazon’s Prime Day Sale, it would not be surprising if Amazon performs similarly in the next quarter.
It is important to note that the unprecedented growth is partially attributed to the fact that IDC did not include the 6-inch tablets offered by Amazon in 2Q15.