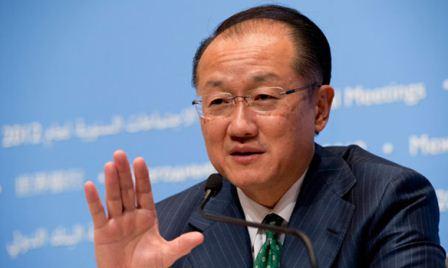 To help countries implement their health reforms, the World Bank and the Global Fund to Fight AIDS, TB and Malaria (Global Fund) committed to invest $24 billion in Africa over the next three to five years.

The announcement was made ahead of the two-day TICAD conference, which is Japan’s flagship program for African development. One of the focal points at this year’s conference is expanding UHC in Africa.

“African countries can become more competitive in the global economy by making several strategic investments, including investing more in their people, their most prized resource,” said Jim Yong Kim, President of the World Bank Group. “A critical part of this commitment is to accelerate progress on universal health coverage—ensuring that everyone, everywhere has the opportunity to live a healthy and productive life.”

The World Bank and the World Health Organisation (WHO), together with the government of Japan, Japan International Cooperation Agency, the Global Fund, and the African Development Bank also launched UHC in Africa: A Framework for Action, which provides a big-picture view of UHC in the region and identifies key areas that will be critical to achieving better health outcomes, such as financing, service delivery, targeting vulnerable populations, mobilizing critical sectors and political leadership.

“At the G7 Ise-Shima Summit in May, bearing this TICAD in mind, I took initiative in leading the discussion on reinforcing the global health architecture, which will strengthen responses to public health emergencies, and on promoting UHC, which will also contribute to crisis preparedness,” said Shinzo Abe, Prime Minister of Japan.

“‘UHC in Africa’ will present guidelines and concrete framework for action that will serve as references for achieving UHC under the ownership of respective countries, as well as by cooperation among the international society.”

The World Bank and WHO have agreed to hold in 2017 in Tokyo a high-level annual meeting on monitoring progress toward UHC in Africa.

Through its International Bank for Reconstruction and Development and International Development Association windows, the World Bank Group expects to contribute $15 billion in the next five years to investments that are critical to UHC, including through the Global Financing Facility, the Power of Nutrition, early childhood development, pandemic preparedness, targeting the poor, crisis preparedness and response, and leveraging the private sector. The commitment assumes a successful IDA 18 replenishment.

The Global Fund’s $9 billion commitment for 2017 through 2019 includes $6 billion of investments in programs that treat and prevent HIV, TB and malaria, and also includes $3 billion of investments in systems for health such as strengthened procurement systems and supply chains, improved data quality and data management systems, and strengthened human resources for health. The commitment assumes a $13 billion Global Fund replenishment, which launches in September 2016.

“Reducing and preventing HIV, TB and malaria is critically important to alleviate the burden on health systems, but in order to accelerate universal health coverage and all of the health SDGs, we also are actively investing to build resilient and sustainable systems for health,” said Mark Dybul, Executive Director of the Global Fund to Fight AIDS, Tuberculosis and Malaria.

Although the evidence is clear that investing in health pays dividends for countries, challenges remain in the delivery and financing of health care.

“In 2014, African countries spent about $126 billion of domestic funding for health, and WHO estimates that an additional $65 to $115 billion in domestic funding can be mobilised annually over the next ten years,” said Margaret Chan, Director-General of the World Health Organization.

“WHO is working with countries in Africa to generate those funds and help them shape the policies that will put them to best use.”