NIGERIA’S NAIRA DEVALUATION: NOT A DAY TOO SOON 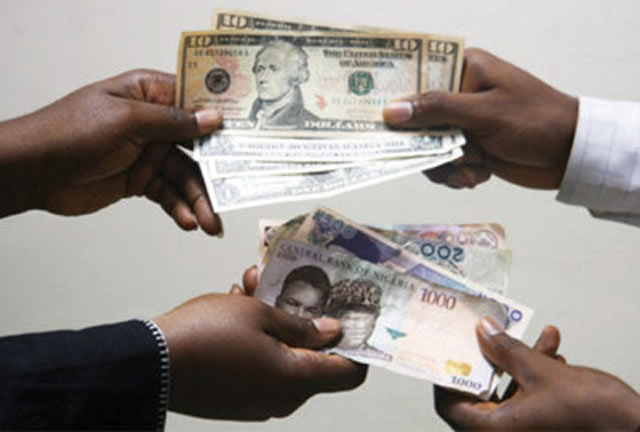 There was a collective sigh of relief from markets when the Nigerian Central Bank announced on Wednesday that it would, effective June 20,abandon the fixed rate for the naira against the U.S. dollar that it has defiantly held for 16 months and allow the currency to float freely.

The announcement comes amid difficult economic times—the economy contracted for the second quarter in a row, inflation crested 15 percentand security challenges remain in both the north and the Niger Delta regions—but it will not be a panacea.

Robust economic recovery requires a series of difficult reforms around which there are increasingly positive signals.
“Devaluation is definitely policy movement in the right direction as the economy was beginning to hemorrhage,” said Henry Obi, chief operating officer at Helios Investment Partners, an Africa-focused private economic firm with significant Nigerian exposure. The foreign currency crunch that has defined 2016 for Nigeria came as a result of the oil price collapse starting in mid-2014, the empty coffers that greeted the Buhari administration elected in May 2015 and structural dependence on imports.

A recent wave of violence in the oil-rich Niger Delta has exacerbated the country’s budgetary woes by reducing Nigerian oil exports to a 20-year low and leaving foreign reserves in May at $26.5 billion—down by nearly 50 percent since January 2014.

Given shrinking resources and the need to generate growth, managing the spread of naira to the dollar between the official and black markets—while the naira was officially pegged at 197 to the dollar, it traded for upward of 350 outside official channels—was no longer tenable.

The short-term pain is far from over. In the coming days and weeks, volatility will characterize the exchange rate as bankers, traders and investors begin to settle into the new system and test the limits of the Central Bank’s commitment to market forces. The governor of the Central Bank of Nigeria, Godwin Emefiele, has offered assurances that the bank “is determined to make this market as transparent, liquid and efficient as possible,” but it will take a month or two to assuage the concerns that have arisen around the slow-pace of economic policy making within the Buhari administration.

In a leaked letter to President Muhammadu Buhari from Governor Emefiele on the new exchange rate policy, he suggests that the naira could eventually stabilize at 250 to the dollar and that it could take four weeks to process the $4 billion backlog in foreign exchange demands. Nigerian commercial banks, with large unhedged dollar exposures, will also have to scramble to raise capital in order to stabilize their balance sheets that have been heavy with non-performing loans.

Everyday consumers will continue to suffer from steep inflation in the near term. The food segment of the consumer price index increased 2.6 percent from May to June, with the highest spikes seen in fish, fresh produce and cereals. In response to increasing deprivation, the government has taken efforts to stabilize the price of rice and, in April, Buhari ordered the release of 10,000 metric tons from the national strategic grain reserves. The delivery and distribution to those in need has been far from smooth and additional measures are being demanded.

The medium-term outlook is far brighter and it seems as if some of the hard economic reforms are finally starting to be made in Africa’s largest economy. It was a good sign that the country chose broader liberalization over the two-tier system that had been proposed and many see Buhari’s personal anti-corruption campaign behind the decision. Governor Emefiele reiterated the government’s strong stance on corruption in his comments on Wednesday’s devaluation, saying that the central bank “will not allow this system to be undermined by speculators and rent-seekers.”

In this new Nigeria under Buhari, pragmatism reigns—slow as it might be to materialize. Papa Ndiaye, chief executive officer of fund management company AFIG Funds and current investor in Nigeria, sees the devaluation as part of a larger reform process: “While some may say that the government took too long to abandon the legacy exchange rate system, the Buhari administration has shown their resolve in taking many structurally important, and politically difficult, steps to sanitize the Nigerian economy and address root causes of waste and market distortions.”

Some of the critical reforms on the horizon include a cleaning up of the national petroleum company, addressing customs inefficiencies, and building out domestic agricultural supply chains. To promote self-sufficiency and spur growth, the central bank set aside $200 million in 2015 for low-interest loans for rice and wheat farmers. Additionally, the cabinet agreed this week to borrow additional funds on the international market to reduce lending costs and continue to invest in critical infrastructure.

In a recent op-ed in The Wall Street Journal, President Buhari stated his view that his government is taking “actions that are providing the breathing room Nigeria needs during this period of fundamental change.” Now that the inevitable devaluation that dominated discussions around Nigeria over the past six months has come to pass, the pace of change can, hopefully, match the expectations around the country’s enormous economic potential.

NB: Aubrey Hruby is the co-author, with Jake Bright, of The Next Africa and a Senior Fellow at the Atlantic Council.