The Treasury of the Federal Republic of Nigeria is sick. According to economic doctors, the Nigerian treasury is suffering from acute mismanagement and basket-type leakages. Other diagnosed ailments include falling oil prices and dwindling foreign reserves.

The sicknesses were made public recently by Ngozi Okonjo-Iweala, Federal Minister of Finance and Co-ordinating Minister of the Economy in Abuja.

Indeed, the comical revelation by Minister Okonjo-Iweala that Nigeria borrowed the sum of N473 billion to pay the salaries of civil servants was not a revelation, given the Naira and Dollar rains of the just concluded 2015 general elections in the country. 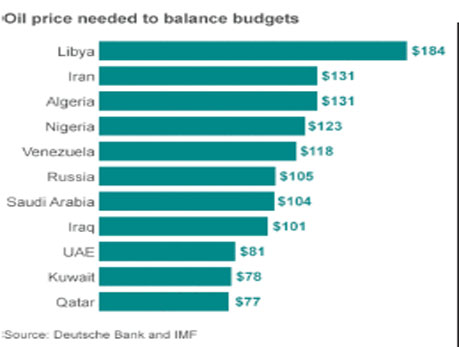 It was public knowledge since early 2014, even before the crash of oil prices, that the cash crunch being experienced in the country then was as a result of politicians accumulating and hoarding funds to prosecute the 2015 elections.

It was also in the public domain that governors of both the Peoples Democratic Party (PDP) and All Progressives Congress (APC) were openly bankrolling the presidential campaigns of their parties, besides other elective positions in the polity.

At the fund-raising party for President Goodluck Jonathan, it was reported that PDP governors raised as much as N21 billion to support the presidential campaign of the president. Beyond that, media reports also suggested that Jonathan spent over N1.2 trillion on the presidential polls.

And for the APC, the figure was put at slightly above N500 billion. Both parties have contested the figures. But what cannot be contested is that the chunk of the resources spent on the elections came from the public treasury, not from private pockets of the various contestants.

Those in power simply dipped their hands into the public till to actualise their personal political ambitions, to the extent that workers, majority of who queued to vote for the politicians have no salary to receive at the end of the month.

What is clearly on display in this situation is man’s inhumanity to his fellow man. It also adds up to the biblical quotation that those who have will have more added to them, while those who have none will have the little they have taken away from them.

That the Federal Government borrowed money to pay salaries of workers alludes to the various allegations of mismanagement and leakages of the national purse made by various individuals and groups against the government in recent times. As expected, the government debunked all the allegations with negative response and name callings.

As the country strides towards inauguration of a new government on May 29, what is the state and fate of the national treasury?

Resorting to loans to pay salaries is not a sign of sound financial health for any organisation-be it government or private enterprise. Rather, it is a credible sign of impending bankruptcy.

Is Nigeria bankrupt? Or about to slide into bankruptcy?

Those in power owe this nation a more rational explanation, rather than passing the bucks. President Goodluck Jonathan and Ngozi Okonjo-Iweala must step forward and present the true state of the nation’s finances to our countrymen and women, especially now that the administration is on its way out of office.

The public has the right to know what is in the public treasury before handing over to a new administration. The in-coming government should also insist on having all financial details on the table before taking the reigns of office on May 29. After May 29, the new administration will now have the burden to explain to Nigerians what happened to the treasury.

For Nigeria, the present state of affairs is either a case of innocent mismanagement of resources or willful.