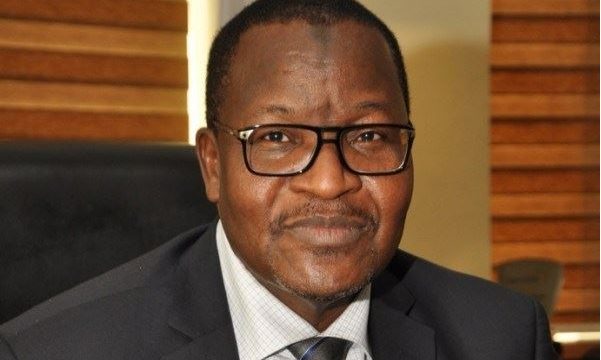 As part of its plans to boost broadband penetration and make it pervasive nationwide, the Nigerian Communications Commission (NCC) has concluded process leading to the disbursement of subsidies to the six licensed Infrastructure Companies (InfraCos).

This is part of the digital transformation agenda which the NCC has put in place for actualisation. The subsidy will augment the InfraCos’ capital expenditure (CAPEX).

Prof. Umar Garba Danbatta, Executive Vice Chairman (EVC) of the NCC dropped the hint at the weekend when he received a delegation from the United States Trade and Development Agency (USTDA) at the Commission’s headquarters in Abuja.

The USTDA team led by its Acting Country Director, Mr. Thomas Hardy, was received at the instance of the NCC Board members and senior management of the Commission, where Chairman, NCC Board, Senator Olabiyi Durojaiye called on USTDA to work with the Commission towards addressing deployment challenges being faced by some InfraCo licensees in the South-South geo-political zone due to the riverine, swampy nature of the region.

While providing updates on the Commission’s broadband infrastructure development project, especially the licensing of InfraCos each in the six geo-political zones and Lagos, which is carved as the seventh zone, Danbatta said InfraCo scheme has a public-private partnership (PPP) arrangement with a subsidy component that is being worked out for the licensees to fast-track deployment in their respective zones.

Danbatta told the USTDA team that the idea of InfraCo is an auspicious initiative of the Commission, as it will see licensees deploy their infrastructure for a period spanning five years and providing wholesale services to other licensees to drive last-mile connectivity to people in the rural, under-served and unserved areas of the country.

“We are trying to build an intra-city and inter-city networks that will be able to connect citizens all over the country irrespective of where they are and what their circumstances are. To that extent, we have decided to provide access points in all the 774 local government areas in the country, trying to provide access to close to 190 million Nigerians, a lot of whom live in rural communities,” he said.

The EVC, however, emphasised that while the Commission is adopting fixed and wireless broadband approaches to its broadband infrastructure development, InfraCo model is open to the use of combination of terrestrial, sub-terrestrial and aerial fibre optic deployment options and the use of television white space (TVWS) spectrum to provide connectivity in rural areas.

Earlier, USTDA team leader, Thomas Hardy, who commended the NCC for achieving and surpassing the country’s broadband penetration target of 30 per cent in 2018, said the agency’s mission was to see areas where the agency can help to support the digital transformation goals of the country, by working with the NCC and other organisations “to open up opportunity for greater trade, greater economic development and closer bilateral cooperation.”

“As a small foreign sister agency of US with a long-standing history in Nigeria, we support economic infrastructure projects; help in the telecoms, energy and transport sectors where countries have identified their priority development goals in the area of infrastructure development and through US companies, we develop an independent analysis of ways to meet your infrastructure goals,” he added.