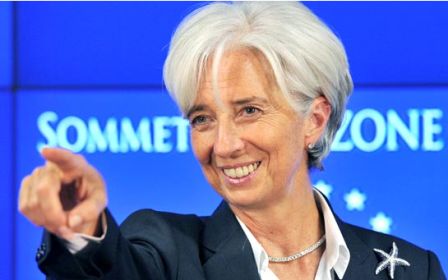 The upturn in economic growth prospects for the global economy is an opportunity to “fix the roof while the sun shines” and to shift the recovery from a cyclical to a structural one, financial leaders said on the closing day of the World Economic Forum Annual Meeting 2018.

The uptick provides policy-makers with an opportunity to improve policies to make economies more resilient and ensure a different distribution of the benefits of growth to address growing inequality.
Christine Lagarde, Managing Director, International Monetary Fund (IMF), Washington DC, said the global economy is in a sweet spot due to a cyclical upswing and mostly good monetary and fiscal policies. More than 120 countries are positioned for growth.
“All major developed and developing economies are doing well and let’s celebrate that,” Lagarde said. However, she cautioned that the good news is not across the board and one-fifth of emerging and developing countries are set to see a decline in per capita GDP for a combination of reasons.
Lagarde listed a few other concerns. The first is potential financial vulnerability. While US tax cuts will have positive results in the short term, this may lead to inflated asset prices and easy financing, which comes with risks. The second is excessive and growing inequality, which is creating fractures; and lastly, the lack of international cooperation and the geopolitical risks this presents.
Mary Callahan Erdoes, Chief Executive Officer, Asset and Wealth Management, JPMorgan Chase & Co., USA, said it is important for the world to get back onto a road where it does not experience boom-and-bust cycles. She commended stakeholders in the international financial system, including policy-makers and central bankers, for avoiding a second recession and getting the global economy back on to the road to recovery. The process, she said, has been complicated and difficult. “People have worked tirelessly to get this right. It’s okay to celebrate where we are and how we got here.”
Two central bankers of some of the world’s biggest economies spoke about the short-term outlook for their nations.
Haruhiko Kuroda, Governor of the Bank of Japan, said Japan has notched up seven straight quarters of economic growth of close to 2% – the longest positive run in Japan’s post-war history.
However, the central bank faces a continuing challenge of trying to move inflation towards the state’s 2% target, which will help it boost the economy. Consumer prices and wages are inching up, but a key challenge is the tenacious deflationary mindset among consumers after 15 years of deflation. Demography is also a challenge for Japan, with labour shortages in almost every sector of the economy.
Mark Carney, Governor of the Bank of England, said his country is on the path to normalization. He warned of complex decisions on monetary policy ahead as the Brexit process unfolds, but gave the assurance that the financial sector has been strengthened in the wake of the 2008 crisis and has plenty of safeguards and “shock absorbing capacity”.
Carrie Lam, Chief Executive of Hong Kong SAR, said Hong Kong, as an open economy, was benefiting from global recovery, with full-year growth of 3.7% expected for 2017 against 2% in 2016. Hong Kong is positioning itself to take advantage of opportunities in Asia and particularly China. “We should also take this opportunity to improve governance, to focus more on trade rules, more regulatory collaboration and to put in policies to deal with poverty and income disparity.”
On the long-term global prospects, panellists listed the need to improve productivity, focus on innovation, improve trade and strengthen the World Trade Organization processes, particularly with regard to trade in services. Corporate attention to and financing of efforts with regard to climate change was flagged as a positive long-term development.
The World Economic Forum’s 48th Annual Meeting is took place on 23-26 January 2018 in Davos-Klosters, Switzerland.

More than 3,000 leaders from around the world are gathering in a collaborative effort to shape the global, regional and industry agendas, with a commitment to improve the state of the world.