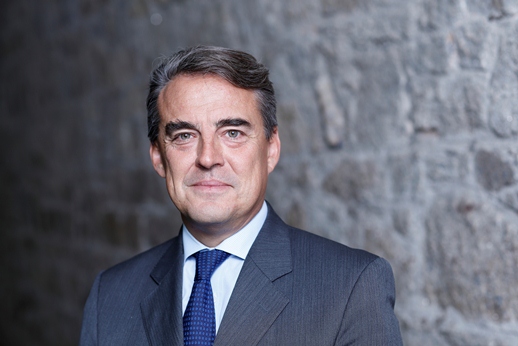 Willie Walsh, CEO of International Airlines Group (IAG) succeeds Andres Conesa, CEO of Aeromexico, as Chairman of the IATA Board of Governors (BoG). Walsh, who represents British Airways (BA) on the IATA BoG, takes up his duties immediately for a one-year term until the conclusion of IATA’s 73rd AGM.

Alexandre de Juniac, Chairman and CEO of Air France-KLM, was confirmed to succeed Tony Tyler as IATA’s Director General and CEO. His appointment is effective from 1 September 2016.

Board of Governors Developments
Walsh is the 75th Chair of the IATA BoG and the sixth to fulfil that function while representing BA or its predecessor airlines. He has served on the IATA BoG continuously since 2005.

“I’m honoured to serve in this important role at such a critical time. Our top priority is getting governments’ agreement on a global market-based measure to manage aviation’s carbon emissions at the 39th Assembly of the International Civil Aviation Organisation later this year. This is a once-in-a-generation opportunity which is vital if our industry is to achieve carbon-neutral growth from 2020,” said Walsh.

Walsh also noted a broader IATA agenda with governments, “Too often government policies limit aviation’s ability to be a catalyst for economic growth and development. Excessive taxes rob our industry of its vitality while costly and ineffective infrastructure constrains our ability to support rising demand for connectivity. Regulation often comes with negative consequences for both passengers and airlines. I look forward to supporting Alexandre de Juniac as he takes the reins at IATA. Together we will ensure that IATA has an even stronger voice of leadership on these issues.” said Walsh.

“I thank my industry colleagues for their confidence in confirming me as IATA’s next Director General and CEO. Aviation is a vitally important industry—connecting economies, facilitating business, creating jobs and linking people. I have big shoes to fill as Tony Tyler has done an excellent job over the last five years,” said de Juniac.

“I know how challenging it is to run an airline and how much airlines depend on IATA to support their business—to safely process industry money, to deliver effective advocacy, to lead global initiatives and to provide relevant products and services. My aim is to help airlines to be even more successful businesses creating even greater economic and social value. I want all of our members to have a future that is even safer, more efficient, sustainable and increasingly profitable.”

Tony Tyler, Director General and CEO
“IATA will be in good hands under the leadership of Willie Walsh as Chairman of the BoG and Alexandre de Juniac as the Director General and CEO. I want to extend my thanks to the membership, the BoG and five exceptional BoG chairmen. They have guided me and the IATA team with wise counsel and tremendous support over the last five years,” said Tyler.

“Working together—IATA with its members—we have made our association stronger with closer partnerships across the industry. And with those partnerships we have made significant progress towards improving safety, modernising distribution, promoting smarter regulation and managing our climate change impact. There is always, of course, more work to do. I am fully committed to my duties until September when I hand over to Alexandre the responsibility of supporting our members to be profitable businesses that are a force for good in our world,” said Tyler.