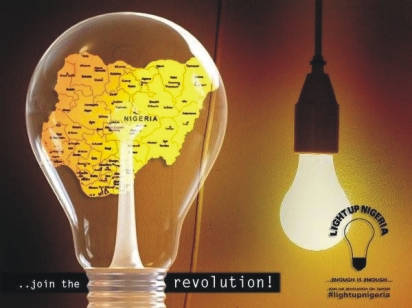 The Association of Electricity Consumers of Nigeria (AECN) has accused a former member of the House of Representatives, Dino Melaiye, of demonstrating an insufficient understanding of the new electricity tariff which will come into effect on June 1.
By comparing the new tariff to the removal of the subsidy on petroleum products last January which led to a hike in pump prices of petrol and kerosene, said the association, the former legislator “is clearly out of touch with reality”.
In a statement in Lagos, the AECN National Co-ordinator, Chief Ganiyu Makanjuola, said that “Honourable Melaiye is in error by assuming that the review will automatically translate to an
astronomical increase in the amount the Nigerian people, especially the masses, pay for
electricity.”

Makanjuola, Chairman of the Lagos State branch of the Nigerian Ports Authority Pensioners Welfare Association, noted that “far from the new tariff making the poor in our midst pay higher for electricity, they will be paying considerably less.
“Not only is the electric meter maintenance charge abolished in the new dispensation all over the country, the masses will from next month be paying only four naira for a kilowatt hour, as opposed to the current seven naira per kilowatt hour.”
The former legislator, according to the AECN coordinator, must have been influenced by sensational reports in some media early this year that there would be a 88 per cent increase in electricity tariff.
“Even the middle class members who consume more than 50kilowatts hour will notice an increase of just 11 per cent”, said Makanjuola who explained that a N60billion subsidy has been provided for in this year’s budget and a N50b subsidy will be available in the 2013 budget.
“Only the rich and manufacturers will have a significant appreciation in the electricity tariff”.
The leader of electricity consumers argued that “Nigerian citizens and businesses are willing
to pay a little higher if they are guaranteed quality and regular electricity supply because it is far cheaper than the cost of self generation which has in recent times led to the de-industrialisation of our country.”
Makanjuola differentiated petroleum and electricity subsidies, saying that “while petroleum subsidy is for consumption, that of electricity is to stimulate economic activities like the critical roles performed by welders and other weak members of society.”
The AECN boss expressed surprise that “a former National Assembly, let alone a person who was the chairman of the House of Representatives Committee on Information, does not seem to
know that the periodic review of electricity tariff is a legal or statutory requirement.
“The Multi Year Tariff Order (MYTO) is a significant component of the 2005 Electric Power Sector Reform Act, which Melaiye and his colleagues in the National Assembly enacted.”
The out-going tariff was introduced some five years ago, noted Makanjuola who observed that a new one would have come into force since January but for the government decision to sufficiently sensitise all stakeholders in the sector, including consumers.
He reminded the ex legislator that the Nigerian Electricity Regulatory Commission (NERC) which reviews the tariff is headed by Dr Sam Amadi, “a notable human rights campaigner and leader of the civil society and others who can never acquiesce in the exploitation of any people anywhere in the world.”
He concluded: “It says a lot about the NERC leadership and its commitment to the common good that it is working in conjunction with highly reputable democrats and human rights campaigners like Comrade Bamidele Aturu, a committed pro-democracy activist and fearless lawyer who is
beyond reproach.”

Much Ado About Cybersecurity