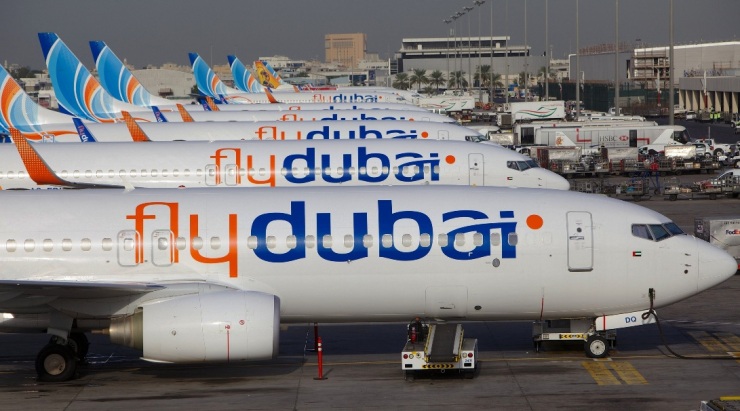 Flydubai saw the number of passengers from across its network who travelled in Business Class increase by 72% compared to 2014. Highest demand came from Africa.

flydubai has reported profits of AED 100.7 (USD 27.4 million) for 2015 following a stronger second half-year which saw increased numbers of passengers travel across its network.

Total revenue for the full year was AED 4.9 billion (USD 1.33 billion), an increase of 11% compared to 2014. The overall yield, in terms of fils per Revenue Passenger Kilometre (RPKM), was under pressure attributable to the strong dollar; the challenging trading environment across the network; disruption resulting from the suspension of flights on some established routes and a large number of recently launched routes with a lead time required to reach maturity.

His Highness Sheikh Ahmed bin Saeed Al Maktoum, Chairman of flydubai, said: “2015 was an important year for flydubai. It was a year in which through determination and commitment we continued to realise our vision to increase connectivity in support of the UAE’s economic development. The year culminated in two achievements: the delivery of our 50th aircraft; and our fourth full-year of profitability.”

Ghaith Al Ghaith, Chief Executive Officer (CEO) of flydubai, added:
“The overall trading environment has remained challenging but we have maintained our growth story and ended the year positively. Our robust passenger growth of 30%, in terms of RPKM, underlines the demand for travel within our geographic focus; the continued appeal of Dubai as a destination; and the popularity of our service.”

Cost Performance
A stronger performance in the second half of the year coupled with cost management efforts has resulted in a positive end to the year.

Fuel costs reduced to 30.3% of operating costs benefitting from lower fuel prices with 59% of fuel costs unhedged. In line with flydubai’s active fuel hedging policy, 16% of the fuel requirements for the next 24 months are currently hedged. This will provide a level of certainty and control to its fuel costs due to the ongoing fluctuation in fuel prices.

EBITDAR reduced slightly compared to the previous year, but remained healthy at 20.5% of revenue.

The closing cash and cash equivalents position, including pre-delivery payments for future aircraft deliveries, was robust at AED 2.4 billion.

Ghaith Al Ghaith, CEO of flydubai, commenting on flydubai’s cost performance, said:
“The solid foundation we laid when the airline launched has ensured that we are best placed to respond quickly to manage the challenging socio-economic environment, in a controlled manner, both in the short term and for the long term.”

Ready for Business:
Business Class was introduced on 17 new routes in 2015 representing 87% of all departures from Dubai. flydubai saw the number of passengers from across its network who travelled in Business Class increase by 72% compared to 2014.

Highest demand came from Africa followed by the Sub-continent and the Middle East, highlighting the demand for business class air travel, especially in the markets that have not had access to this service before.

Demand for this service is also reflected in the UAE’s position as an internationally recognised centre for business and trade.

Driving Demand at Second Hub
The start of flydubai’s new operations at Al Maktoum International-Dubai World Central saw services become available to Amman, Beirut, Doha, Kathmandu and Kuwait while flights to these destinations continued to be available at Dubai International.

Services started on 25 October 2015 and during these first 10 weeks of operations passengers welcomed the choice and convenience offered by the new airport. Al Maktoum International-Dubai World Central continues to provide passengers from across Dubai with increased opportunities for travel.

Creating Free Flow of Trade
Increased accessibility to previously underserved markets has benefited cargo revenues which remain strong, posting an increase of 28.4% with 40,441 tons carried during the year.

Growing in Experience and Talent
In support of its growing fleet flydubai staff numbers rose to a total of 3,393 including 658 pilots, 1,435 cabin crew and 273 engineers representing 114 nationalities.

This is a reflection of the opportunity created by opening previously underserved markets and flydubai’s ability to attract some of the best talent in the aviation industry.

Listening to Our Customers
flydubai’s onboard survey continues to provide the airline with unique insights into emerging travel trends. Feedback through the onboard survey came from 230,016 passengers and covered 36 touch points. flydubai reviews and analyses the data on a weekly basis and uses it to drive innovation across the airline. This approach further emphases its commitment of putting the customers’ experience at the core of its operations.

Creating Real Connections
flydubai’s strategy to support the vision of the Government to create a globally recognised centre for trade and tourism has seen:

– flydubai launch 18 new destinations including Asmara, Astana, Chennai, Gizan, Jouf, Quetta and Shiraz.
– An increase in business and leisure travel between KSA and the UAE contributed to flydubai’s market growth of 26%. flydubai’s commitment to open direct air links between KSA’s regional airports and Dubai saw the number of flights increase by 29% including the start of the first international flights from Jouf Airport.
– flydubai’s comprehensive network across the GCC (including Bahrain, Kuwait, Qatar and Oman) saw passenger numbers grow by 18%.
– Passenger numbers from 14 points in the Middle East (including Jordan and Lebanon) grew by 37%.
– Demand for travel between India and the UAE remained strong. flydubai accounted for 15% of the total passenger growth which represented 4.5% of the overall market. In March, Chennai became the 8th point on flydubai’s network in India with three flights a week.
– With 11 points in Europe and 9 points in Russia flydubai passenger numbers grew by 14% across these markets however passenger numbers between Russia and Dubai decreased by 22% reflecting the current economic situation.
– Passenger numbers from the Caucasus grew by 21% and from Central Asia by 15%.
– The start of flights to Quetta and Faisalabad saw the network in Pakistan increase to five points and a 77% increase in passenger numbers contributed to an overall market growth of 12%.

Since its launch, flydubai has opened 59 destinations on its network that were previously underserved or that did not have direct air links to Dubai. 2015 saw flydubai increase connectivity offered by Dubai’s aviation hub and contributed 29% of the total increase in passengers using Dubai’s airports.

Optimising Modern and Efficient fleet
flydubai took delivery of seven new aircraft during 2015 which included its 50th aircraft, marking the last delivery from the first aircraft order made at the Farnborough Airshow in 2008. Aircraft utilisation was 13.6 block hours together with an industry-leading record of 99.77% technical dispatch reliability.

Ghaith Al Ghaith, CEO of flydubai, commenting on flydubai’s operational performance, said:
“We have been focused on increasing access to Dubai and during the last two years we have launched 41 new routes. In support of our expansion plans, we have continued to create demand for travel whilst maintaining the efficiency of our operations and meeting the needs of our passengers.”

Outlook
Starting in May, flydubai will take delivery of 16 new aircraft over the next 24 months. This includes five new Boeing 737 MAX 8 aircraft due to arrive in the second half of 2017. In line with its strategy to maintain a young and efficient fleet these aircraft will support flydubai’s continued growth as well as replace some of the original aircraft in the fleet. During this period, seven aircraft will be retired.

The continued focus on cost improvement and efforts to increase operational efficiencies are expected to contribute further cost savings to the airline.

The airline’s route network will continue to strengthen as it sees all the 41 new routes launched in the last two years mature. flydubai has a network of 89 destinations in 43 countries.

Ghaith Al Ghaith, CEO of flydubai commenting on the year ahead, said:
“Our network is maturing and so we continue to monitor capacity and review the opportunities for existing routes as well as for new routes. In response to the changing environment, considered, balanced adjustment and management will be required. Our prudent outlook will help flydubai remain well-positioned to take advantage of the opportunities within our flying radius and continue our sustained growth trajectory.”