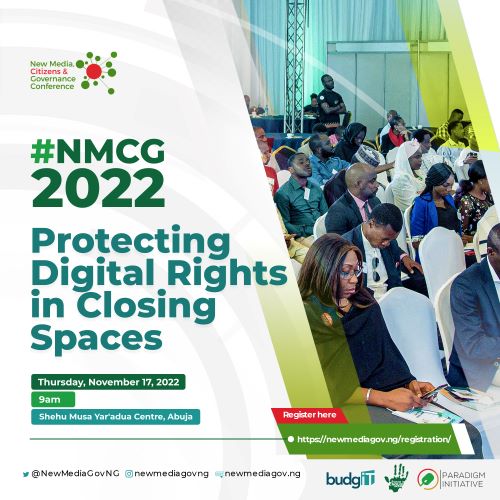 Citizens’ digital rights are breached if they are the subject of digital surveillance; if they are covertly targeted with disinformation to manipulate their beliefs and behaviour; if their mobile or internet connection is restricted; or if they are arrested or attacked for expressing a political opinion online.

The violation of digital rights in Africa has become a prevalent issue; if proactive steps are not taken, it may persist. Studies show that Africa has become the most censorship-intensive continent globally, responsible for 10 (nearly 53%) cases in 2021. Within the year under review, Africa led the social media shutdown numbers during election days (3 out of 4 cases were in Congo, Uganda, and Zambia).

For instance, the Chad government blocked the internet following a raid at the property of Yaya Dillo, a representative of the government opposition, and the Nigerian government suspended Twitter – an announcement that came two days after the microblogging site removed a tweet by Nigerian President Muhammadu Buhari.

To this end, it is therefore imperative to have an intellectual conversation on safeguarding the digital rights of African citizens before, during and after elections.

The one-day conference themed, Protecting Digital Rights in Closing Spaces will hold on Thursday, November 17, 2022, at the Shehu Musa Yar’Adua Centre, Abuja.  The conference will have four breakout sessions focused on data privacy, public accountability, the inclusion of People with Disabilities (PWDs) and insecurity and others.

According to BudgIT’s Global Director, Oluseun Onigbinde, there is no better time to emphasise the need to discuss long-standing and emerging issues with digital freedom in Africa. This includes policies and legislations that have either aided digital rights violations or improved freedom of expression, right to privacy, right to digital access, and many more.

‘In 2022 alone, we have seen how several African governments, including the Nigerian government, tried to stifle access to freedom of expression on different digital platforms, against the ideals of democracy everyone should stand for. The NMCG conference will avail stakeholders, state actors and the civil society with the opportunity to co-create means of addressing the current loopholes.” Said Oluseun.

‘With upcoming elections in Kenya, Nigeria and other African countries, the conference comes at a great time to discuss what various stakeholders must do to maximise digital opportunities during such important events.’ Said Gbenga.

Commenting, the Executive Director of Enough is Enough, Yemi Adamolekun, noted that the prevalence of digital tools in society is often underestimated; thus, the conference presents an excellent opportunity for stakeholders to explore these issues.

BudgIT is a foremost civic-tech organisation leading the advocacy of transparency and accountability within Nigeria’s fiscal space. As a pioneer in the field of social advocacy melded with technology, BudgIT uses an array of tech tools to simplify the budget and matters of public spending for citizens, with the primary aim of raising the standard of transparency and accountability in government.

Enough is Enough Nigeria (EiE) is a movement of knowledgeable citizens that ensures our leaders serve us. EiE launched the concept of the #OfficeOfTheCitizen as part of its 5th-anniversary activities in 2015 to educate Nigerians on their rights and responsibilities. EiE’s #RSVP – Register/Select/Vote/Protect is a key voter education campaign. EiE was an integral part of the #OccupyNigeria movement in 2012 and is very active in the #OpenNASS campaign. 2020 was EiE’s 10th anniversary, and it has continued to drive the #OnePerson campaign to reinforce its belief that one person can make a difference in building a better society.