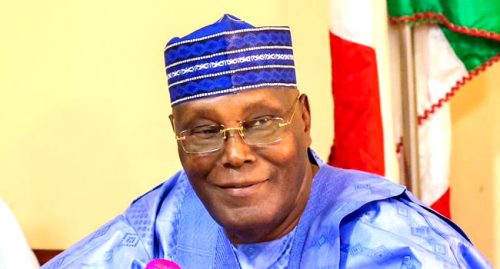 Alhaji Atiku Abubakar, former Vice-President and Presidential Candidate of the Peoples Democratic Party (PDP) has promised to install a Government of National Unity (GNU) and restructuring of the country if he wins the February 25, 2023 presidential election.

During an interaction with editors under the aegis of the Nigerian Guild of Editors (NGE) in Lagos, he promised to bring members of the opposition on-board his administration as part of efforts to create national unity in Nigeria.

He said his team already has a draft legislation on how to restructure the country while devolution of powers will naturally go hand-in-hand with resource control.

He listed his 5-Point Agenda to include Unity, Security, Economy, Restructuring and Education.