The World Health Organisation (WHO) kicked off its global high-level conference on Health and Climate Change last week in Geneva. What makes this conference particularly significant is the fact that while the WHO has been working on this agenda for the past 20 years, this is the first time it has led a conference with so many decision-makers involved.

The compelling state of scientific evidence – as documented in a separate chapter of the Intergovernmental Panel on Climate Change’s Fifth Assessment report – has lent a certain urgency to the climate change agenda in the health community. The audience for this conference included around 300 senior level participants from various WHO member countries, mostly from the health sector, including a number of ministers.

WHO Director-General, Dr. Margaret Chan opened the conference with Christiana Figueres, Executive Secretary of the UN Framework Convention on Climate Change, accompanied by video messages from the heads of the World Bank Group, the United Nations, and the UN Environment Program. 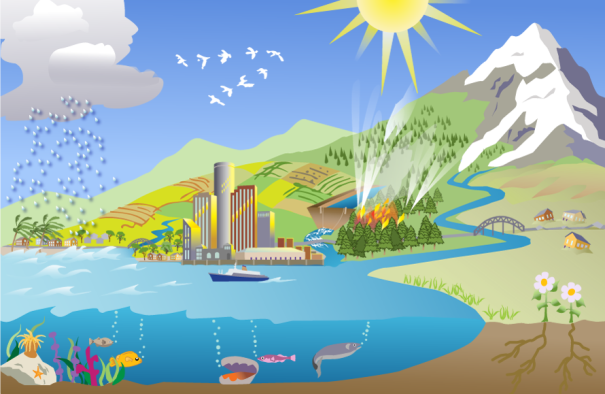 Dr. Chan defined climate change as the “defining health issue of this century.” It is a powerful statement about the challenges that lie ahead.

Figueres turned to the state of the international climate negotiations and their importance to the health community. Using the analogy of disease prevention and treatment, she said that climate change is a symptom of a disease that is called dependence on fossil fuels. Unlike the health sector, treatment and prevention are nested in each other in the case of climate change. The treatment is the policies and financial instruments; prevention is the same (hence nested) but it needs scale and speed.

While there is good news on the treatment front, more needs to be done for prevention to take place. Governments are committed to working toward an agreement to be adopted in Paris in 2015 that can do the job of prevention, but only if the actions agreed are ambitious enough. She referred to the expected climate change agreement at the 2015 COP in Paris as “a global public health agreement.”

That set the tone for an engaging first day of deliberations.

There was unanimous agreement among the health professionals gathered in the room that indeed climate change is one of the biggest health threats of the 21st century, however a challenge is to recognise that the past patterns of climate variability and disease cannot be an indication of what is in store for the future.

On the operational front, the main challenges that came to the fore were the need for multi-sectoral engagements and availability of technical and financial resources to undertake the necessary research and interventions to enable effective action. And here they turned to the World Bank.

World Bank Group Director for Climate, James Close highlighted the health benefits of climate action in other sectors. Our recent report Climate-Smart Development: Adding up the benefits analysed the positive impact of clean transportation, energy efficiency and other development projects on both human health and climate change.

Close also discussed the work being initiated by the Bank in collaboration with the Nordic Development Fund to develop an approach to climate and health that is likely to be tested in Mozambique as part of an on-going climate change development policy operation. He also discussed the Bank’s screening tools for health projects for climate and disaster risk and various funding mechanisms for addressing climate change effects on health.

By the end of the first day, everyone around me seemed energised, if slightly overwhelmed by the emerging health and climate agenda. It’s a steep learning curve – and an urgent one for all of us.