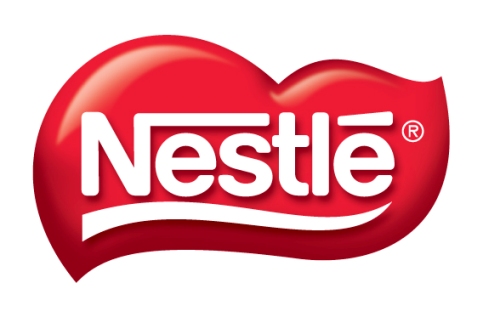 • Reduced energy consumption by 20%, cut water consumption by 40% per tonne of product, and increased production volume by 50% over the past six years
• COMMITMENT TO PROVIDE CLIMATE CHANGE LEADERSHIP: Energy efficiency increased from 42% to 74% at its Agbara factory in Nigeria
• COMMITMENT TO IMPROVE RESOURCE EFFICIENCY: Recovered rainwater to be used to water green areas onsite and for use in toilets at its Yopougon factory in Côte d’Ivoire
• COMMITMENT TO PROVIDE MEANINGFUL AND ACCURATE ENVIRONMENTAL INFORMATION AND DIALOGUE: Named leader in environmental sustainability in Nigeria in 2013

Nestlé, the world’s leading Nutrition, Health and Wellness company is making headway in meeting its commitments to the environment in Central and West Africa and across the globe.

The company’s environmental commitments are part of the Nestlé in Society report ‘Creating Shared Value and Meeting our Commitments.’

It has made a total of 35 pledges that cover nutrition, water, rural development, environmental sustainability and compliance, which it aims to fulfil by 2020 or earlier. Six of these primarily focus on the environment.

“We believe that all parts of society share responsibility for the environment,” said Kais Marzouki, Market Head for Nestlé Central and West Africa.

“We are determined to lead and be recognised for our efforts to reduce our environmental footprint by ensuring efficient use of energy in our manufacturing operations, and engage in meaningful environmental dialogue,” he added.

Nestlé’s pledge to the environment is part of its approach to business, which it calls ‘Creating Shared Value’. The company aims to create value in the supply chain, improve livelihoods for the communities in which it operates, and enhance its own activities.

As part of Nestlé’s environmental commitments, the company has vowed to drive climate change leadership.

It has pledged to lower greenhouse gas (GHG) emissions per tonne of product by 35% since 2005, by improving energy efficiency and investing in renewable energy sources.

The company is already making an impact in its Agbara factory in Nigeria.
The facility is generating electrical power, chilled water and hot water by recovering heat generated from its exhaust gases.

As a result, this has increased overall energy efficiency from 42% to 74%, and has reduced carbon dioxide emissions by 5,000 tonnes per year since 2012.
In its two Nigerian factories, the company has also reduced its direct GHG emissions from 257 kg per tonne of product in 2012 to 186 kg a year later.
Its total onsite energy consumption decreased from 4.4 gigajoules per tonne of product in 2012 to 2.95 gigajoules in 2013, while increasing its production volume.

Nestlé is also boosting climate change leadership at its coffee factory in Abidjan in Côte d’Ivoire. The company has invested CHF 15 million in a new boiler with a target to reduce its natural gas exhausts by 15% using coffee grounds, and cut its carbon dioxide emissions by the same percentage.

Nestlé in the Central and West Africa region is also aiming to deliver on its commitment to improve resource efficiency.

Over the past six years, it has already reduced its energy consumption by 20% and water consumption by 40% per tonne of product, while doubling its volume in production in the same time period.

The company is making progress at its Agbara factory in Nigeria by exploring ways to recover valuable materials in food processing.

Raw materials such as maize, millet, soya and sorghum are being processed as ingredients for its food products. The spent grains are then collected and sold to farmers to be reused as livestock feed instead of going to landfill.

In Senegal, Nestlé is treating and reusing waste water for its gardens at the Dakar factory.

The company is implementing a project to use recovered rainwater to water green areas onsite and for use in toilets at its Yopougon factory in Côte d’Ivoire. It looks to do this long term and cut the use of potable water in sanitary use.

A process to filter waste water at its Douala factory in Cameroon is helping to improve the waste water discharged to standards close to potable water.

By 2015, Nestlé across the globe aims to reduce energy consumption per tonne of product in every product category to achieve an overall reduction of 25% since 2005.

It is dedicated to achieve zero waste for disposal in 10% of its factories worldwide in the same time period, in which no waste will go to landfill or be incinerated without energy being reused in the process.

Nestlé was hailed for promoting environmental awareness at its manufacturing sites in Nigeria including the Agbara and Flowergate factories and the Ota distribution centre.

3 Congratulations to 3 Men of History