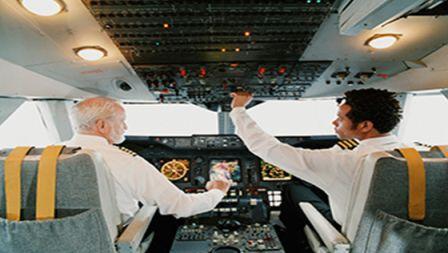 According to the findings of a recent study at Harvard, one in eight commercial airline pilots might be suffering from depression. The study also showed that 4% of the 1,850 pilots from all around the world that were surveyed struggled with suicidal thoughts.

The findings have been published almost a year and a half after the intentional crash by a Germanwings pilot in the Alps that took the lives of 150 people.

The unprecedented study glimpses into the mental health of pilots that hide their disorders from their management in fear of losing their jobs. Interestingly enough, an average 7% of Americans suffer from depression, meaning that pilots might actually be twice as likely to have this disorder.

On the 9th of December 2016, EASA has published a proposal to the European Commission on new operational rules to better support pilot mental fitness. EASA’s proposal is part of its Action Plan following the Germanwings Flight 9525 accident.

EASA’s proposal is released in a document known as an Opinion (Opinion 14/2016) and it includes the new requirements on the mental fitness of the pilots, among which is ensuring that all pilots have access to a support programme and mandating airlines to perform a psychological assessment of pilots before the start of employment.