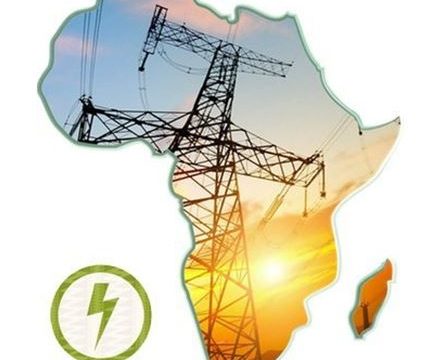 Despite significant progress in recent years, the world is falling short of meeting the global energy targets set in the United Nations Sustainable Development Goals (SDG) for 2030.

Ensuring affordable, reliable, sustainable and modern energy for all by 2030 remains possible but will require more sustained efforts, particularly to reach some of the world’s poorest populations and to improve energy sustainability, according to a new report produced by the International Energy Agency (IEA) the International Renewable Energy Agency (IRENA), the United Nations Statistics Division (UNSD), the World Bank and the World Health Organisation (WHO).

Notable progress has been made on energy access in recent years, with the number of people living without electricity dropping to roughly 840 million from 1 billion in 2016 and 1.2 billion in 2010. India, Bangladesh, Kenya and Myanmar are among countries that made the most progress since 2010. However, without more sustained and stepped-up actions, 650 million people will still be left without access to electricity in 2030. Nine out of 10 of them will be living in sub-Saharan Africa.

The report tracks global, regional and country progress on the three targets of SDG7: access to energy and clean cooking, renewable energy and energy efficiency. It identifies priorities for action and best practices that have proven successful in helping policymakers and development partners understand what is needed to overcome challenges.

Here are the key highlights for each target. Findings are based on official national-level data and measure global progress through 2017.

“We need to do more to put the world on track to meet all SDG7 targets. I am particularly concerned by the dramatic lack of access to reliable, modern and sustainable energy in certain parts of the world, especially in sub-Saharan Africa, a region where we need to really concentrate our efforts. The IEA will continue to cooperate with countries and organizations to make sure that successful solutions are efficiently deployed so that the sustainable energy revolution leaves no one behind,” said Dr Fatih Birol, Executive Director, International Energy Agency.

“The progress we have seen over the last few years is encouraging- the number of people without access to electricity has dropped to 840 million- but we still have a great deal of work to do as much of this population lives in the poorest countries and most remote locations. Over the last five years the World Bank has committed $5 billion to access programs, whether it is on- or off-grid, and we will continue to scale up,” said Riccardo Puliti, Senior Director for Energy and Extractives at the World Bank. “The successes in several countries in Africa and Asia show the way. This report demonstrates the importance of sound planning, integrating grid and off-grid approaches, a focus on affordability and reliability, and addressing gender inequalities.”

“Renewable energy and energy efficiency are key to sustainable development, enabling energy access, spurring economic growth, creating employment and improving health. We can extend the energy transition to all countries and ensure that the benefits reach the most vulnerable communities. IRENA will strengthen engagement with our Membership and key partners to facilitate on-the-ground solutions to build a sustainable energy future for the benefits of all humankind,” said Francesco La Camera, Director-General of the International Renewable Energy Agency (IRENA).

“Around 3 billion people lack access to clean cooking solution and the progress is too slow to achieve the universal access goal, by 2030. This poses a big threat to health and exacerbates inequality, especially towards women and children. Targeted actions should be taken to prevent some 4 million deaths per year particularly from pneumonia, heart disease, stroke, lung disease and cancer, attributed to household air pollution. Although challenging, fast progress can be achieved through political and financial commitment towards expanding access to reliable and affordable supply of clean cooking solution,” said Dr Maria Neira, Director, Department of Public Health, Environmental and Social Determinants of Health
World Health Organisation (WHO)