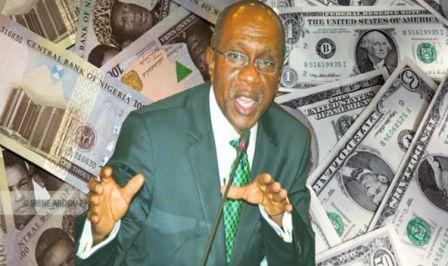 After posting annual declines for six quarters in succession, the Middle East and Africa (MEA) PC market finally exited the third quarter of 2016 close to flat, with year-on-year growth of 0.4% based on shipments of 3 million units, according to global technology research and consulting firm International Data Corporation (IDC).

“The recovery witnessed in Turkey, the largest single market in the MEA region, was the biggest contributor towards this growth, due to unusually low shipments in Q3 2015 and a faster-than-expected recovery from the failed military coup,” says Fouad Charakla, Senior Research Manager for client devices at IDC MEA.

“At the same time, some recovery from instability in the North African markets, when compared to last year, also contributed towards PC shipment growth, while deliveries as part of large education deals in the UAE and Kenya were other notable market drivers.”

In addition, Microsoft no longer groups the Gulf Cooperation Council (GCC) countries with its emerging markets when it comes to setting prices for its operating systems. As such, these countries are now charged slightly more for Windows OS on PCs than was previously the case, which resulted in a few vendors pushing their sell-in orders prior to the change coming into effect. This was one of the factors driving notebook shipments across the six Gulf countries.

The regional PC space continued to consolidate further in terms of market players, with the top five vendors accounting for around 77% of PC shipments during Q3 2016, compared to around 67.5% for the same quarter last year. Market share rankings for the top five vendors in the region also remained unchanged compared to the previous quarter, with all five maintaining their respective positions. Meanwhile, local assemblers continue to lose market share due to stiff competition from refurbished PCs and aggressively priced notebooks from multinational brands.

HP recorded significant growth both quarter on quarter and year on year in Q3 2016, accounting for the highest market share ever secured by a single PC vendor over the past decade. Lenovo maintained its position at number two; a large delivery in the UAE education sector helped the vendor boost its position in the overall commercial segment. Dell’s shipments declined year on year in each of the vendor’s three biggest country markets – South Africa, the UAE, and Saudi Arabia. Asus was the fastest growing vendor in the region, while Acer also recorded some shipment growth.

“IDC’s forecast for the MEA PC market has been revised downwards owing to a range of factors that are expected to cause the regional PC market to decline over the coming two quarters,” says Charakla.

“These vary from country to country, but primarily include currency issues, which are affecting key markets such as Nigeria, Egypt, Turkey, and South Africa, and the constriction of government initiatives caused by low crude oil prices. Such factors are expected to lead to project delays or even cancellations across the GCC, as well as in Nigeria and other African countries.”

With the above-mentioned macroeconomic inhibitors expected to persist beyond this year, IDC does not predict any significant overall improvement in PC shipments in 2017. In 2018 and beyond, however, MEA markets are expected to record marginal growth each year until 2020 (the end of the forecast period), primarily stemming from the less mature markets of the region where PC penetration stands at some of the lowest levels – specifically Nigeria, Pakistan, and Egypt. These growth forecasts also depend on these countries gradually and partially recovering from the present economic challenges they face.