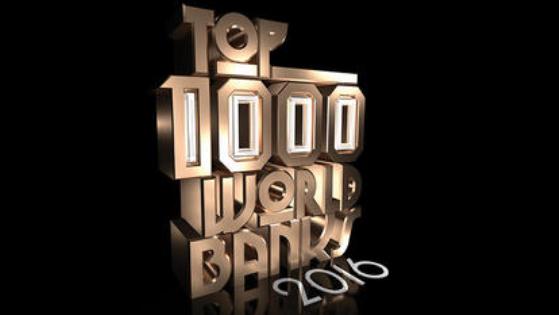 African banks had their capital Tier 1 fall by 12.77% in 2015, The Banker (Financial Times group) revealed in its latest world’s top 1000 banks. The same performance is reflected in the growth of global volume for assets and returns.
“Commodity price fall and fluctuations of national currencies against the dollar, participated to this overall slump in performances of the continent’s major banks in the 2016 ranking,” said the ranking’s synthetic presentation.
South African banks lead the top 25 and grabbed the first three seats. However, they plummeted in their global rankings, as their assets volume slumped. Africa’s top bank, Standard Bank, is now 160th against 125th in 2015.
In the new ranking, Nigerian banks also decreased in number to 10 against 13 last year. The report suggests it might be linked to the multiple economic challenges faced by Nigeria, among which is oil price slump.
Only two banks (Access Bank and Ecobank Nigeria) have been found with a solid capital Tier 1. Ecobank Transnational Incorporated for which Nigeria is the most important market, kept its 306th position in the world and jumped one rank to the 6th position in Africa’s top 25.
Besides South African and Nigerian banks, there are some other banks in Africa that recorded positive results.
These include Kenya Commercial Bank and Equity Bank who entered Africa’s top 25 by increasing their capital Tier 1 by 2.4% and 29.8%. Egyptian banks also improved their performances in terms of return on capital, with Banque Misr entering the Top 5 of this segment.
Here, it is Commercial Bank of Ethiopia that leads the ranking.