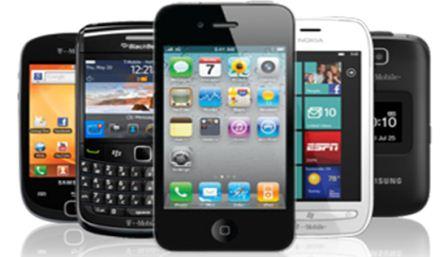 Falling consumer confidence and Saudi employment reforms continue to dampen the Middle East’s once booming handset market, according to new figures from International Data Corporation (IDC).
The global technology research and advisory services firm’s latest ‘Quarterly Mobile Phone Tracker’ shows that shipments in the Middle East fell 8.0% quarter on quarter in Q2 2016, the second successive quarter of decline for the region. Shipments totaled 23.9 million units for the quarter, representing a 15.9% slump when compared with the corresponding period in 2015.
“Low oil prices, reduced government spending, and ongoing political instability continue to hamper demand in the region,” says Nabila Popal, Research Manager for mobile phones at IDC Middle East, Africa, and Turkey.
“Furthermore, consumers now expect much more from new devices before opting for an upgrade, a factor that has significantly lengthened the mobile refresh cycle and led to flagging spending in the consumer segment. Even the relative success of the Samsung S7 Edge could not halt the slump in the overall industry. Compounding all of this was the traditional slowdown in demand that accompanies the holy month of Ramadan, which coincided with the end of the second quarter.”
The UAE and Kuwait saw their mobile phone shipments decrease 15.1% and 4.4%, respectively, in Q2 2016 when compared with the previous three months, while Bahrain was the only GCC state to see growth in the quarter, recording a marginal increase in shipments of 0.8%. Saudi Arabia suffered a particularly sharp decline of 22.3% over the same period, largely due to regulatory changes that severely impacted the channel’s performance.
“The introduction of a new government stipulation that only Saudi nationals can be employed within the Kingdom’s mobile phone industry – covering sales, maintenance, and accessories – took a heavy toll on shipments in Q2 2016,” says Popal.
“This regulation has created panic across the industry, as independent retailers make up 80% of the Saudi mobile phone market and are traditionally run by foreigners. A large number of these independent retailers have now closed their doors, causing a sudden drop in orders. The market will eventually adjust, as there will be a shift towards major chain retailers; but the slump will continue until the channel adjusts to the changes.”
IDC’s latest figures show that this new consumer purchasing environment has caused quite a stir among the market’s leading players.
“The past two quarters have been particularly tough going for Apple,” says Saad Elkhadem, a research analyst at IDC Middle East, Africa, and Turkey. “The iPhone 6s and 6s Plus models have failed to gain the level of traction enjoyed by the 5s, while the newly released iPhone SE has so far not had the impact required to pick up the slack. All of these means Apple’s regional shipments were down 6.6% quarter on quarter in Q2 2016, giving the vendor a share of 13.3%.”
Samsung continues to lead the way with 37% share of the Middle East smartphone market, but suffered a sharp 19.6% decline in shipments quarter on quarter in Q2 2016. Intriguingly, Huawei is now the brand to watch in the Android space, with the vendor’s shipments up 17.6% quarter on quarter in Q2 2016, proving that opportunities to grow and gain share still exist in the smartphone market.
“Top-end Android devices continue to sell well in the region,” says Elkhadem. “But beneath this tier, purchases are increasingly veering towards value models, even in the more affluent Gulf states. Huawei’s portfolio is well positioned to capitalise on this trend, with a strong mid-level lineup complemented by the vendor’s new upper-level P9 model, which itself is priced low for a flagship device. The vendor is actively raising awareness of its brand by engaging in lots of promotional activities across the region, while also giving the channel the important care it deserves.”
The region’s retailers and distributors remain hopeful that ownership of the latest flagship device has not completely lost its allure in the Gulf markets. With the recent launch of Samsung’s Note 7 and Apple’s next set of iPhones expected to hit local stores soon, the market should indeed see a recovery of sorts.
“However, the speed of that recovery remains to be seen,” says Popal.
“Given the slower rate of innovation and change in each new smartphone iteration, consumers are finding it increasingly difficult to justify expensive upgrades. So while IDC expects mobile phone sales in the Middle East to stop contracting soon, the turn-around anticipated for the fourth quarter of the year is likely to be more muted than the industry might hope.”