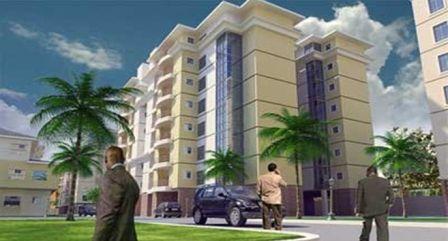 A report ‘Understanding Nigeria’s Housing Finance Market’ by the Centre for Africa Housing Finance (CAHF) states that the real sector in Nigeria declined by 5.2% in the second quarter of 2016.

Reproduced below is the full report:

In 2015, the World Bank estimated Nigeria’s population to be 182.2 million, accounting for approximately 47 percent of West Africa’s population.  Nigeria is rapidly urbanising: almost half of the population already lives in cities and this is anticipated to increase to 75 percent by 2050.

According to the United Nations, 64 percent of Nigeria’s population lives below the poverty line. Poverty remains highest in rural areas, remote communities and among female headed households.

During the month of August, Nigeria’s National Bureau of Statistics confirmed that the country had officially slipped into a recession.

The economy declined by 2.1 percent year on year in the second quarter of 2016, compared to a 0.36 percent drop in the previous period. The Naira has lost more than one third of its value since 20 June 2016, when the Central Bank of Nigeria removed a 197 – 199 Naira peg against the dollar.

Additionally, the UN reports that Nigeria’s revenue has fallen by 33 percent. In 2015, it was reported that there was 8.7 percent growth in Nigeria’s real estate sector, but much of this was ultimately cancelled out by the 5.27 decline in the sector during the second quarter of 2016.

Anthony Chiejina, Group Head of Corporate Communications at Dangote, indicated that the increase is largely due to the acute shortage of forex, devaluation of the Naira, and an increase in the energy price of gas.

Eighty three percent of Nigerians owned the houses in which they lived, while 11.04 percent rented, 3.01 occupied rent free, 2.01 percent owned but had not yet fully paid off, and 0.52 percent squatted.  No subsequent housing census has been conducted since.

The Nigerian Government continues to make strides towards decreasing its housing deficit, which is currently estimated to be 17 million units.

Some efforts in this regard include the Presidency’s recent announcement of an affordable housing scheme which will allow low income earners to acquire housing and land at an affordable rate. The Presidency has allocated N74 billion (US$ 235 million) to this initiative.

The State of Lagos, in partnership with the Office of the Head of Service of the Federation have also announced the formation of the Federal Integrated Staff Housing (FISH) Programme, which will provide affordable homes to Federal and Lagos State civil servants. And, in August, Minister of Power, Works and Housing, BabatundeFashola, announced that 24 states had donated land for mass housing initiatives to the Federal Government.

The minister also noted in his 2016 budget, that N35 billion (US$ 111 million) had been allocated to housing initiatives.

In his address to the September AUHF conference, Minister Fasholaemphasised the importance of the housing and housing finance sectors, and the need for increased collaboration between the public and private sectors.

This note covers a broad overview of housing and housing finance markets in Nigeria. The Housing Finance in Africa Yearbook 2016 (7th Edition) was launched at the AUHF Conference and AGM, and this year it covers 51 countries and five regions across the continent.

The full Nigeria profile was written for CAHF by DolapoAdejuyigbe and DiekoyeOyeyinka.