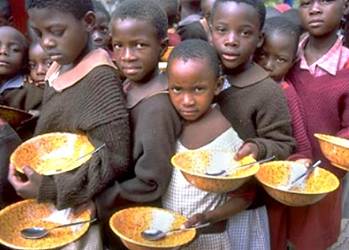 Hunger and malnutrition are pervasive problems that affect millions of people in the world today, especially in developing countries. Although steady progress has been made in recent years—under-nourishment is down 17% from 1992—there is still considerable room for improvement.

According to the Food and Agriculture Organisation (FAO), the Zero Hunger Challenge is predicated on the common belief that with a concerted effort across multiple sectors, we can end hunger in our lifetime.

• Between now and 2050, the global population is projected to rise from about 7 billion to 9.2 billion, demanding a 60 percent increase in global food production
• A total of 842 million are estimated to be suffering from chronic hunger, regularly not getting enough food to conduct an active life
• The vast majority of hungry people—827 million—live in developing regions, where the prevalence of undernourishment is estimated at 14.3%
• In developing countries, almost five million children under the age of five die of malnutrition-related causes every year
• Malnutrition is the single largest contributor to disease in the world
• Severe acute malnutrition affects nearly 20 million preschool-age children, mostly from Africa and South-East Asia
• 1/3 of the developing world’s population suffers micronutrient deficiencies leading to blindness, mental retardation and early death
• 162 million children are stunted ; 99 million are underweight and 51 million are wasted due to acute malnutrition
• The cost to the economy caused by malnutrition could be up to 5 percent of GDP—US$3.5 trillion per year or US$500 per person
• The costs of under-nutrition and micronutrient deficiencies are estimated at 2–3 percent of global GDP, or US$1.4–2.1 trillion per year

Wheat: The World’s Most Important Grain

Today, wheat is grown on more land area than any other commercial crop and continues to be the most important food grain source for humans. 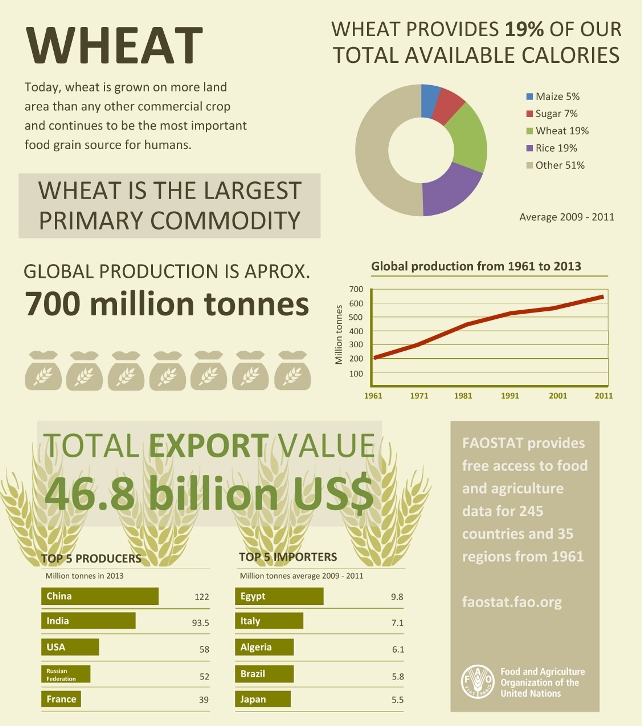