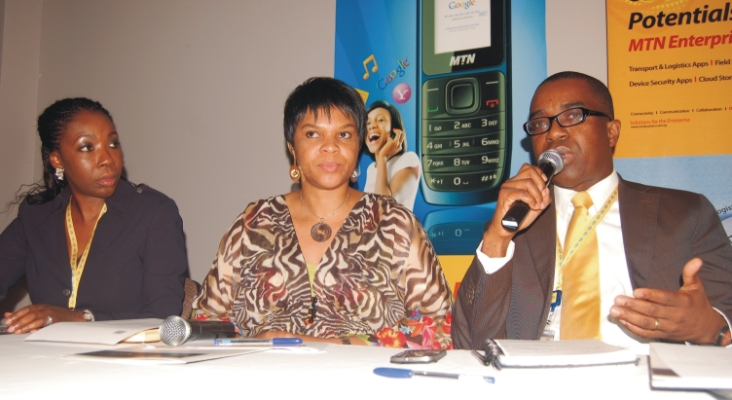 MTN Nigeria has commenced comprehensive network modernisation and swap-out exercise that is expected to cover its extensive network across the country over a span of nine months. The exercise will entail upgrading and replacing key network components with newer versions for enhanced capacity and much improved quality of service.
MTN Nigeria Corporate Services Executive, Mr. Wale Goodluck, said the project, which had been
in the pipeline for several months commenced over a month ago after intensive planning.
“Our local team working closely with our technical partners and experts began work in April,” said Goodluck. “They have done much of the backend work preparatory to the actual swapping of network components in the days ahead.”

Goodluck said the massive project involving three technical partners, Ericsson, Huawei and ZTE, will be carried out at night to minimize impact on the quality of service. In addition, he said the exercise will be done in clusters, such that select base transceiver stations (BTS) in disparate parts of the country will undergo simultaneous upgrade to further ensure that the negative impact of the exercise is brought to its barest minimum.
He said while there may be slight inconveniences to subscribers in certain areas, especially at night during the implementation of the project, customers will generally be ushered into a new era of enhanced service quality upon the completion of the project.
According to him, sporadic network congestion episodes brought on by unusual congregation of subscribers in a particular location as a result of sporting events, religious events or traffic gridlock can be instantly resolved remotely from MTN network monitoring and management office.
“The network modernisation and swap-out project is part of the US$1.3 billion investment we have earmarked for 2012, and this investment like many we’ve consistently made since our inception, is in pursuit of world-class quality of service on our network. We are delighted that
this project brings us within a grasping distance of the mark”, said Goodluck.
Delving into the details of the project, MTN Chief Technical Officer, Mrs. Lynda Saint-Nwafor, said the modernisation and swap-out exercise would affect all aspects of the network from radio to transmission and core network. According to her, all legacy equipment the company had
installed for an upward of 10 years are going out, to be replaced with state-of-the-art equipment, with much better capacity and flexibility.
She added that even the power generation would also be affected as the operator would be swapping existing power systems at most of the sites with hybrid power system which is environment-friendly. According to her, the company should have about 4000 sites on hybrid power system by the end of the year, up from the current 2000 sites.
Also as part of the massive project, Saint-Nwafor disclosed that a contract had been signed with end-to-end telecommunications solutions provider, Ericsson, to optimise 3000 base transceiver stations across the country. At the end of the exercise, the BTS will operate at peak performance, significantly improving customer experience on the network, she added.
She explained that in some locations, especially where security situation would not allow her team to work at night, there will be temporary service difficulties in the course of swapping equipment and optimising the network. She implored customers in such areas to bear with the company, assuring that such temporary pains would usher in a new era of enjoyable services and thrilling experience.