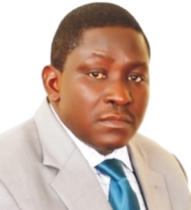 Federal Mortgage Bank of Nigeria (FMBN) is set to pay up the pension arrears of its pensioners totaling N363,585,854.28. This amount was arrived at after a pensioners’ verification exercise conducted in April by the FMBN Management and series of consultations between the Bank and its pensioners as well as with National Pension Commission (PENCOM) officials and independent pension consultants.
FMBN Managing Director, Mr. Gimba Ya’u Kumo, who disclosed this, said the Bank had paid N145,434,341.71 in April, 2011 while the balance of N218,151,512.57 would be paid in two installments of N109,075,756.28 in May 2012 and N109,075,756.28 in August this year.

The FMBN had on February 20,2012 advertised in two national newspapers (Daily Trust and ThisDay), a verification exercise for its pensioners, in a bid to ascertain the true number of its pensioners and how much the pensioners were being owed. This exercise lasted for eight days starting from March 5 to 12, 2012, in FMBN head office, Abuja and all FMBN state offices nationwide.
After the exercise and wide-ranging consultations with the pensioners and their stakeholders, the N363,585,854.28 was arrived at.
The FMBN Management as well increased the pensioners’ monthly pay by 25 per cent, and this became effective since April 2011 when the first batch of pension arrears of N145,434,341.71 was paid.
FMBN pensioners are advised to liaise with the leaders of their pensioners’ union to collect their pension arrears as from this May.
Kumo enjoined FMBN Pensioners to use this gesture as a platform for joining hands with the Bank’s Management in its drive to provide affordable shelter for the generality of Nigerians who are contributors to the National Housing Fund Scheme.
The FMBN had under the National Housing Fund (NHF) Scheme and through capital market operations, financed the delivery of more than 61,000 housing units to NHF contributors in various parts of the country.
It recently witnessed the laying of foundation stone for the construction of a housing estate consisting 450 housing units in Gombe State by Gombe State Property Investment and Development Company. FMBN is funding the estate which will be delivered to NHF contributors.