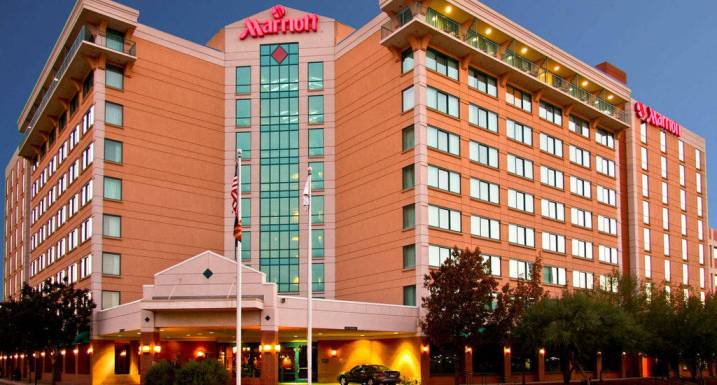 According to report by AP, Marriott won over Starwood with a sweetened bid worth more than $14.4 billion just days after a Chinese insurance company appeared to steal it away from the hotel chain with a more lucrative offer.

The buyout, which may still be contested by China’s Anbang, would create the world’s biggest hotel company and give Marriott a stable of tony properties run by Starwood, like the St. Regis New York.
Starwood, which owns Sheraton, Westin and St. Regis, over the weekend, became the first U.S. hotel operator to gain access to Cuba, a day before the arrival of President Barack Obama.

It is the first visit to Cuba by a sitting president in almost 90 years as relations between the two nations thaw.

Marriott has more than 4,400 properties in 87 countries and territories, under brands such as Ritz-Carlton, Residence Inn and Marriott. Starwood has nearly 1,300 properties in about 100 countries.

Just days ago, Anbang put up an offer of $83.83 for each Starwood share or approximately $14.15 billion. Starwood stockholders would have received $78 in cash for each share they own plus $5.67 in stock for a spinoff of a vacation business.

Anbang made a dramatic entry into the U.S. two years ago when it bought the famed Waldorf Astoria of New York for almost $2 billion.

Days before it contested Marriott for control of Starwood, it laid down $6.5 billion to acquire Strategic Hotels & Resorts Inc., which owns several high-end properties including the JW Marriott Essex House in New York and Hotel Del Coronado in San Diego.

Starwood, based in Stamford, Connecticut, offered a unique opportunity for Marriott because the hotel chain put itself up for sale.

Marriott said yesterday that it is confident that it can achieve $250 million in annual cost savings within two years of closing on the Starwood transaction. That’s $50 million more than in estimated in November, when it gave its initial offer to Starwood.

Marriott and Starwood still anticipate the deal closing around mid-year, assuming it receives the necessary approvals.

Anbang, or any other suitor, has until April 8 to top Marriott’s bid.