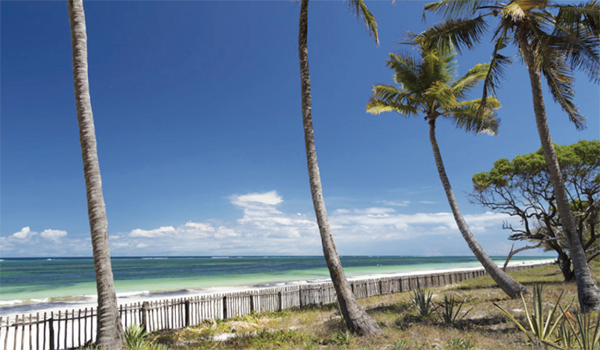 JKIA is key to Kenya’s growth as an economic hub, helping to support the rising foreign investment into the country and the millions of tourists that visit annually. The new terminal has been redesigned to cope with increased traffic from additional international flights that are due to start later this year.

June saw the announcement of new connections to China and Europe, with Lufthansa announcing four new flights a week from Frankfurt to Nairobi due to begin in October of this year, increasing to five flights a week from December, and China Southern scheduled to add three flights a week to the Nairobi-Ghangzouh route, which is currently served by Kenya Airways.

The new terminal includes new international lounges for Kenya Airways, both fully modernised and ready to accommodate the growing number of business travellers, but this is by no means the end of the planned growth and redevelopment for JKIA.

The region is seeing steady increases in its demand for traffic, and the Kenyan Government has committed to the construction of a further
terminal – Terminal 3 – which is on target for completion in 2018. This is an even larger project, and is set to increase capacity by up to 20 million passengers per year, bringing the total capacity to around 27.5million passengers by 2019.

This sharp increase in capacity growth at JKIA is also sparking growth in demand for domestic flight capacity. As a result, Kenya’s government is also investing in Kisumu Airport on the shores of Lake Victoria, the island destination of Lamu, and Ukunda on Kenya’s Indian Ocean coastline, to ensure that these airports are also ready to accommodate the expected traffic increases.

Migration: The Greatest Show on Earth
Around 208,000 tons of migrating wildebeest have begun their long march north heading for the rich and fertile plains of Kenya’s Masai Mara. Billed as the World’s Seventh Natural Wonder, the wildebeest migration is made up over 2 million wild animals with around 1.3 million wildebeest and other herbivores including gazelles and zebras who are all closely followed by predators – lions, hyenas, leopards, jackals — as they make the long and dangerous trek from drier lands in Tanzania, northwards to the Masai Mara.

Currently heading north towards Kenya’s border as a number of separate herds, the mass will congregate on the banks of the Mara River
providing visitors with the most spectacular show on earth.

As the river gushes from Kenya’s Masai Mara Game Reserve into the northern Serengeti, the frantic herds dither undecided at the edge of the
river, which is teaming with hungry crocodile. Finally the weight of the herd becomes too great and the leap of faith begins.

Nowhere in the world is there a movement of animals as immense as the wildebeest migration. While it has no official start date it is influenced by the weather cycles of the seasons, and is generally agreed to begin with the birth of 300,000 baby wildebeest within a two to three week period.

The massive herd then moves around the Serengeti-Mara ecosystem in constant search for grazing and water. The migration moves through a number of Kenya’s wildlife reserves, notable Enonkishu, Mara Naibosho, Mara North, Ol Kinyei and Olare Motorog. For those keen to see this spectacle, these reserves offer top class facilities.

Adeosun: DBN Will Catalyse Growth of SMEs in Nigeria