I am deeply honoured to be the Guest Speaker at this public lecture because I see it as a forum that will enhance public awareness of the existence of risk as a natural phenomenon to human existence.It should also draw our attention to the fact that we all — individuals and governments — have a responsibility to manage risk, for the betterment of our lives and those of the people we serve.

We are often impervious to the risks we face on a daily basis. Risk here being the probability or the threat of damage, loss, injury or any other negative occurrence that is caused by external or internal vulnerabilities, the consequences of which may be avoided through preemptive action.

In other words, it can simply be described as the probability of losing something of value for example physical health, property or social status. Risk management refers to the steps we take to mitigate or eradicate the risk.

Where we fail to take pre-emptive steps to attend to the risks that come with the responsibilities that have been placed on us, we would be failing in a part of our duty as Government.

The Lagos State Government has always been in the vanguard of identifying risks and taking steps to mitigate/eradicate those risks, as much as possible. To list a few, the Climate change risks which could expose the State to flooding and other natural hazards but which we have successfully mitigated in the past few years; Health Risks such as that recently posed by the incursion of Ebola Virus Disease to Nigeria, against which prompt steps were taken by the State Government to curtail the spread of the disease.

We also face security challenges: kidnapping, ritual killings, armed robberies etc. These are threats to peaceful co-existence of inhabitants of the State. To mitigate those risks, the Lagos State Government equipped the Rapid Response Squad and other Law enforcement agencies.
Our youth and the elderly are exposed to social protection risks which if not addressed could result in poverty, and other security hazards in the community.

Furthermore, risks of danger to lives and property of the citizens exist where, due to unprofessional practices on the part of those involved in construction, substandard materials are used in construction.

On this front, the Lagos State Government realized that the risk faced is in two folds: i.e. risk to life and property and secondly the risk of the construction being delayed or never completed due to a variety of reasons which would have an ultimate negative effect on the environment.
The Lagos State Government’s risk mitigation response to this was the establishment of agencies to regulate/supervise building projects in the State. In order to ensure that delays in construction projects do not create severe adverse occurrences, it embraced Insurance as a risk transfer mechanism. 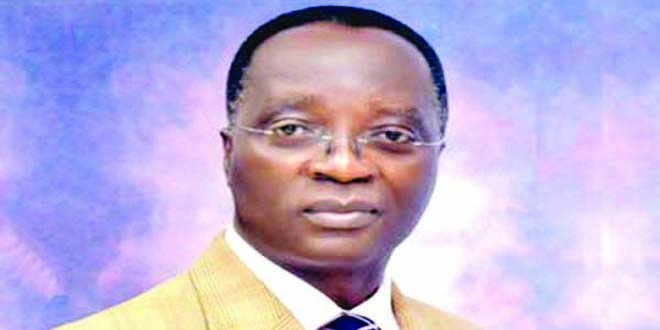 The business of Insurance, simply put, is to ensure that full or partial financial compensation is made for loss or damage caused by events beyond the control of the insured.

It is a contractual agreement between two parties i.e. the insurer and the insured, under which the insurer covenants to indemnify the other party against a specified amount of loss, occurring within a specified period, provided that the premium is paid. It is designed to put the insured back in the position, or at least as close as possible, in which he or she was before the occurrence of the loss.
In essence, it is expected that gains are not made from Insurance arrangements and to be able to insure a risk, the insured must have insurable interest over the tangible or intangible asset.

In Lagos State, largely based on the Nigerian Insurance Act 2003, certain insurance policies are specified as compulsory insurances that must be arranged and these are:
• The Group Life Assurance Scheme in line with the 2004 Pension Reform Act.
• Builders Liability Insurance
• Occupiers Liability Insurance
• Motor Third Party Insurance
• Health Care Professional Liability Insurance under the National Health Insurance Act of 1999
On the issue of pensions, you will agree with me that before the Pension Reform by the Federal Government in 2004, our pensioners faced the risk of a life of penury due to the unfunded nature of the Pay as you Go Pension Scheme in the public service and the lack of provision of pension arrangements for employees in the private sector.

The risk of the elderly not having financial independence and dying in poverty was real and to eradicate this risk, on the 19th of March, 2007, the Lagos State Government subscribed to the fully funded Contributory Pension Scheme.

It imposed on us a huge liability as we needed to pay of 7.5% of basic salary, housing and transport allowances as monthly pension contribution; fund the Retirement Bond Redemption Fund Account with 5% of employees monthly total emolument figure to provide for accrued pension rights, being entitlements for years spent in service before the commencement of the contributory pension scheme. monthly; pay the annual premium to guarantee the life assurance cover as stipulated in the Law and which is intended to provide a death benefit of at least 3 times the annual total emolument of each employee.

We are, however, committed to making Lagos State Government a government that cares for the welfare of the people, and is prepared to stand with them through difficulties that are occasioned when certain risks crystallise.

We remain resolute in our desire to identify areas that may hinder the peace of mind of the populace and hence we have invested Billions of Naira towards ensuring that the retirees receive monthly income as pension from their pension provider who could be the Pension Fund Administrators or the Life Assurance Companies who provide annuity for the lifetime of the retirees.

The Lagos State government has also sought to support the growth of a viable insurance industry by ensuring that it keeps its own insurance policies current and settles its premiums as and when due.

But beyond our role as government, in order to ensure that more people embrace insurance, even beyond the compulsory, the Insurance Industry needs to do a lot more to create awareness of the benefits of transferring risks through Insurance.
A lot of trust also needs to be built and this will only be achieved where the principle of utmost good faith and duty of disclosure, which are key Insurance Principles, are practiced by the Insurance Companies.

In conclusion, I wish to commend the National Association of Insurance Correspondents on this 1st Public Lecture on Insurance & Pensions.
This I believe is a step in the right direction and should be sustained. The Industry needs the awareness; the people need to develop the confidence; the Industry needs to rise more stoutly to her responsibility as risk bearers; we need a re-orientation and a re-definition of core values for which our society will be the better.

Thank you for listening.

ADDRESS DELIVERED BY HIS EXCELLENCY, MR. BABATUNDE RAJI FASHOLA, SAN, GOVERNOR OF LAGOS STATE, AT THE 1ST PUBLIC LECTURE ON ‘THE ROLE OF GOVERNMENT IN MANAGEMENT OF RISKS IN THE SOCIETY’ ORGANIZED BY THE NATIONAL ASSOCIATION OF INSURANCE CORRESPONDENTS AT THE ABORA-MAZONIA SUITE, EKO HOTELS & SUITES, VICTORIA ISLAND, LAGOS ON TUESDAY, 28TH OCTOBER, 2014.