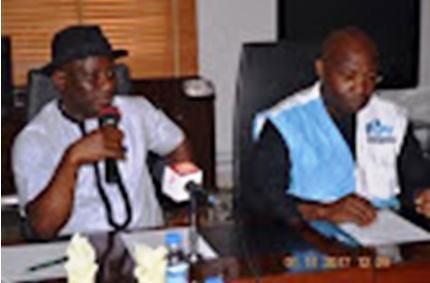 With a strong resolve to ensure that one of the core focus of the Greater Port Harcourt City Development Authority (GPHCDA) of reducing Urban slums by mitigating the housing needs of Port Harcourt residents is realised, the Greater Port Harcourt City Development Authority has signed a Public Private Partnership deal with Masta Services Company Limited, a major wholly indigenous building, construction and engineering company to kick-start the construction of 2000 Units of Modern, Smart Residential Buildings within the proposed PH AIRPORT City.

At a brief signing ceremony at the Authority’s head Office, the Administrator of Greater Port Harcourt City Development Authority, Amb. Desmond Akawor, emphasized that the significance of the signing of the deal will rather be seen as a challenge to ignite the New Rivers vision coming on the heels of a recent award to the governor.

He also reiterated that one of the priorities of the Administration of Governor Nyesom Ezenwo Wike is to provide quality yet affordable shelter for the citizens in line with the United Nations Habitat Agency Charter which recently earned the governor a recognition award in the United States for his outstanding contribution in a category named Sustenable Cities and Human Settlements Awards (SCAHSA) which was given in recognition of Governor Wike’s outstanding achievements in the area of Urban Renewal, Sustenable Cities and provision of basic amenities to the residential areas of low-income earners.

He also promised the Authority will ensure total cooperation in providing enabling environment necessary for the realization of the delivery of the project within its scheduled time-frame.

Similarly, Mr. Emma Okas Wike, Chairman, Board Committee on Investments who represented the GPHCDA Board Chairman, Chief Ferdinand Alabraba also assured the investor that Rivers State in general and particularly the areas already designated as the PH AirportCity located near the International Airport is a safe haven for investors contrary to perceptions of insecurity held about the state.

In his response, Managing Director and Chief Executive Officer of  Masta Services Company Ltd, Bldr. Ugo Ohuabunwa, thanked God for this epoch making event and expressed his delight with the formal signing of the deal while assuring that every segment of Residents of Rivers state and the host community in particular irrespective of social and economic status have been factored into the overall project as it will accommodate from the High low- income to High High- income earners to own affordable modern Apartments within the PH AIRPORTCITY which will invariably guarantee a sense of belonging to all stakeholders.

Ohuabunwa also assured that the project targets to provide over 3000 employment opportunities during the construction period and after, thereby boosting and transforming the Economy of the adjoining communities and the State in general.

The Project which will be delivered in phases of 500 Units each, shall be Built on 85 hectares of land which has been delineated for this purpose shall comprise of detached duplex 4Bedrooms Duplex and Terraced Houses, 1, 2 and 3-Bedroom Apartment Buildings.

The PH AIRPORTCITY shall also provide logistic Services base to Support the nearby International Airport Businesses including Tourism facilities.

The entire PH AIRPORTCITY is planned to be fully self reliant in Power, Water and Waste Management Facilities serviced with Schools, Medical, Fire Fighting, Police Posts and other Security systems, wide bodied Asphalt roads with sufficient provision for Greens and recreation Parks.

The PH AIRPORTCITY is located near the International Airport and within the PHASE 1A Area of the Greater Port Harcourt Development Area which covers an area of 2, 500 hectares.

Freedonia: Global Demand for Fuel Additives to Surge by 2016