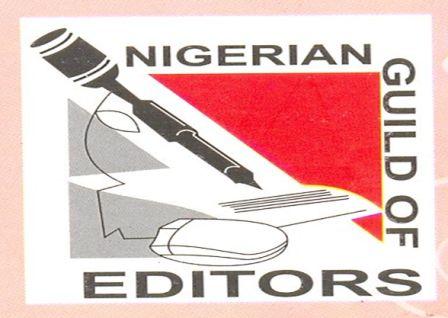 The Nigerian Guild of Editors has expressed concern over the 2018 budget proposal currently before the National Assembly in terms of the size of the recurrent as against the capital expenditure. This trend,   which is inimical to any country’s development, has continued for so long.  We urge prudence and innovative budgeting in order to achieve a reversal in the nearest future.

On the state of the media, the Guild is worried that inspite of the country exiting economic recession, the media industry is mired in distress. We recommend that stakeholders should come together to seek the way forward.

In a communiqué issued after its Standing Committee Meeting in Katsina, the editors also worry over the threat by the Niger Delta Avengers to resume attacks on oil facilities in the oil-rich Niger Delta region.

The Guild calls on the Avengers to drop the threat and embrace dialogue in resolving their grievances.

The Guild also urges the Federal Government not to resort to the use of force in resolving the matter, stressing that the use of force has never solved any problem. As stakeholders in the task of nation-building, the Guild is worried by the recent show of military force in the quest to neutralise the threat of the militants. This move has done little to calm the tension, instead it has aggravated it. We urge caution and restraint.

The Guild urges the government to dialogue with all stakeholders, including the aggrieved militants to resolve the problems in the region, insisting that the only path to peace is dialogue. The Guild notes that renewed hostilities in the Niger Delta will reduce Nigeria’s daily oil output, which will in turn deny the country the benefits of the current marginal increase in the price of crude. Anything that’s capable of returning Nigeria to economic recession should be avoided.

We seize this opportunity to appeal to traditional rulers in the region to use their offices and goodwill to call the Avengers and any other militant group in the region to order. As royal fathers and leaders of thought, we urge them to play a leading role in the resolution of any breakdown in communication between the Federal Government, oil majors and the militants. We cannot afford another bout of force majeure by oil majors on account of insecurity in the region.

The widening spread and growing frequency of kidnappings and allied criminal acts do not only threaten the nation’s socio-political stability, they also rob Nigeria of income as potential investors are scared of coming into the country while in some instances, existing investors are being forced to leave the country. Either way, the nation loses.