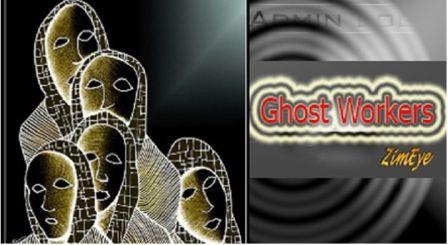 The Minister of Finance, Mrs. Kemi Adeosun, has strongly solicited the cooperation of the Central Bank of Nigeria (CBN), in extending the requirement for Bank Verification Number (BVN) to account holders in Microfinance Banks (MFBs), to facilitate the detection of bank accounts which might have been opened and operated in such banks for ghost workers by fraudulent syndicates.

The Minister,  who  sought  the  cooperation  of the CBN in that regard  in a correspondence addressed to the Governor of the Central Bank of Nigeria, said that the introduction of the Bank Verification Number by the CBN  has contributed immensely in improving the  integrity of the Federal Government payroll  on which  more than 50, 000 ghost workers were detected and removed.

Mrs. Adeosun stated that operating bank accounts in Microfinance Banks without requirement for BVN has left a huge loophole which individuals intent on financial crimes could use to hide and launder proceeds of crime and successfully   escape detection by law enforcement agencies.

“Our on-going efforts to verify the integrity of Federal Government personnel costs and purge the system of fraud and error has made extensive use of the Bank Verification Number as a means of identifying recipients of multiple salaries, and salaries paid into accounts with names that differ to those held on our payroll records. The success of this effort has to date yielded the removal of over 50,000 payroll entries,” the Minister emphasised.

Mrs. Adeosun referred the CBN Governor to the discovery that, prior to the deadline for obtaining the BVN, the movement of a large number of salary accounts of Federal employees from commercial banks to Microfinance Banks, was observed.

“This is a suspicious activity and we have already commenced a review of such cases to identify and investigate any cases of fraud,” the Minister explained.

While noting that extending the requirement for BVN to Microfinance Banks may put a huge financial strain on the smaller Microfinance Banks,  the Minister pointed out that  “some MFBs,  such as National Police Force Microfinance (NPF), have over 27,000 salary accounts. Our inability to perform checks on such a large number of salary earners is a key risk.”

“I am therefore seeking your co-operation to enforce compliance with BVN on any MFB with over 200 active salary accounts or those above a certain size. This will support the Federal Government’s efforts at reducing leakages to create headroom for the capital projects that will support the growth of the economy,” the Minister said in the correspondence.

It could be recalled that the CBN had in September in 2016 announced its intention to extend the requirement for the extension of the Bank Verification Number to MFBs in the country but the exercise has yet to take off.