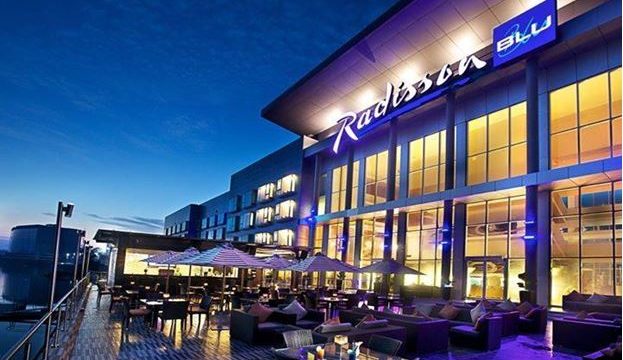 The rapid expansion in the number of hotel rooms, or keys as it’s known in the business, in Nigeria is an indication of a growing economy and favourable investment climate says the host of the West African Property Investment (WAPI) Summit & Expo, Kfir Rusin.

With more than 9,603 rooms across 57 hotels planned by the world’s leading hotel brands (Marriott, Radisson, AccorHotels), the country has many developers, investors and operators queuing up to strike deals across the country.

Current Market
Speaking ahead of the WAPI Summit on 15 and 16 November taking place in Lagos, Trevor Ward the managing director of W Hospitality Group, says its Nigeria’s obvious scale and increasing economic sophistication that is fuelling expansion.
“Nigeria has by far the largest pipeline in West Africa, with Lagos and Abuja leading the charge. Adding that, “As a megacity, Lagos’ economic diversification, improving infrastructure of an international airport and deep-sea ports are all factors driving hotel growth.”
Despite this transaction-heavy and deal-making environment over the past few years, the challenge according to Ward is transforming these deals into real rooms, which cater across a broad economic demographic from affordable to high end.

Hotel Pipeline
“The reality is that only 4,000 of these hotel rooms are under construction,” says Ward. The paradox is that while deals have been signed between operators and developers, the funding environment remains compressed and the biggest challenge to overcome. This is despite the presence of global operators like Hilton, Marriott, and the Radisson rapidly expanding their footprint, but primarily focused on the top end of the market.
Says Ward, “There is no shortage of projects and developers, it is the finance that is in short supply. It is inconceivable that all the projects in the pipeline could be funded – if they were, and were built, there would be chronic oversupply.”
According to Ward, current demand is concentrated in the business and Meetings Incentives Conferences and Exhibitions (MICE) sectors, but the biggest opportunity is the economy or mid-scale markets. However, despite the potential offered by the economy or mid-scale market, international brands are focussed on the high end of the market with smaller brands like South Africa’s Peermont, Southern Sun, City Lodge are “making waves”.

Serviced Apartments
In such an environment, one emerging segment of the hospitality industry poised to break out is serviced apartments.
As Ward explains, “It’s (serviced apartments) coming, but it is slow, even though every major city in Africa has demand for the product.”
One industry thought leader and serviced apartment pioneer intimately familiar with this emerging hospitality class is Abi Adisa, the Chief executive officerand Co-Founder of Amara Suites. As one of Lagos’ first serviced apartment providers, he has measured a marked increase in business confidence post-recession and in light of a $70+ oil price.

Oil & Gas Impact
“We see Oil and Gas service companies returning to Lagos. A constant has been the Fast-Moving Consumer Goods companies focused on the increasing size of the middle class.”
And while the product is relatively new and untested in the West Africa market says Ward with just a handful of operations, Adisa believes serviced apartments are perfect for Africa’s fast-growing economies and urban future.
“Serviced apartments are ideally suited for African markets. Significant business traffic headed to Africa is for extended stays, and it’s not easy to get here. Folks also tend to stay longer to close on deals or execute projects and we are more flexible and cost-effective than hotels.”
Despite Adisa’s bullish optimism, the sector is not immune to economic pressures and Nigeria’s upcoming electoral period, which he says will result in a softening of the market and then a spike in demand.
“Medium-term, as West Africa becomes a focus for international businesses there is going to be a significant increase in demand, and especially the demand for branded serviced apartments with a multi-city, multi-country reach.”

Airbnb
In such an unfolding environment, tech advances such as Airbnb can grow the business and highlights the flexibility which branded serviced apartments have over their competitors.
As Adisa says: “Airbnb’s presence has increased the credibility of the product as an option for many users.”  Adding that, “We definitely do less education about what the serviced apartment product is these days. Corporates, diaspora and locals are increasingly requesting for the product. Any hesitation at the moment in uptake due to the limited brand presence in the market compared to availability of global hotel brands in the region.”
The limited availability is something Adisa believes will soon change as more investors look to invest in line with global trends and greater profitability in serviced apartments.
“It’s only matter of time before we see dedicated investments in the space especially given the interest in real estate in general and the higher yields branded serviced apartment properties generate. It also helps that serviced apartments are now mainstream real estate investments and no longer seen as a niche in the West.”
As Rusin concludes: “The opportunity in Nigeria for hotels is significant, but funding has remained challenging. This year, our hotel sessions will feature many international operators like the Radisson and Hilton together with industry experts such as Trevor Ward, JLL’s Xander Nijnens and innovators like Abi Adisa. As the region’s largest and most concentrated gathering of local and regional real estate developers and investors, we believe that this year’s WAPI Summit will provide the platform for industry stakeholders to unlock the country’s hotel pipeline.”