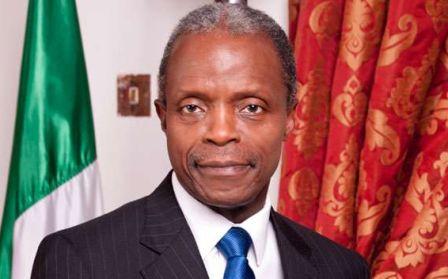 BudgIT has chosen to express an opinion on the recent statement by the Vice President, Prof. Yemi Osinbajo that Nigeria’s public debt stock rose by $10 billion.

The organisation’s recent work on expanding public debt has armed her with facts to critically examine Nigeria’s debt stock profile.

We opine that the current rise of $10 billion in public debt stock does not tell the full story. To say the least, this can be misleading.  Arguments explaining that the entire Federation borrowed only N3 trillion in three years since the debt stock rose by $10 billion has been the trending narrative.

However, it is important to deconstruct the Federal Government (FG) debt into external and domestic debt to get a full understanding for purposes of accountability.

It is public knowledge that the Naira was devalued in recent years, and this singular act shrunk and expanded a lot of indexes. Those who put forward $10billion are comparing the wrong values without adding the important information that exchange rates for the times are different. From our research, we have observed that this administration (FG alone) borrowed $22billion in three years but due to naira devaluation gains but total public debt stock (for the entire Federation) increased by $10billion, which makes current claims true.

It is important to classify debt into two categories considering that external debt will be paid in USD or other currencies while domestic debt will be settled in Naira. This invariably has consequences for debt servicing costs in the near term.

It is hoped that this “marginal” increase in debt in USD terms does not unleash excessive borrowing by the Federation considering that public revenue in USD equivalent has also severely shrunk.

However, devaluation provides adjusted gains especially for monies earned in USD such as oil & gas revenues but losses for those earned in Naira such as CIT & VAT, when converted to USD.

The devaluation of the Naira has impacted directly on the purchasing power of Nigerians, with income severely shrunk in Naira terms while those who export especially in non-oil sector have seen relative gains.

BudgIT believes that acquiring debt is not bad if put to judicious and profitable use for the citizenry but we request more transparency on self-liquidating capital projects that such borrowings are tied to. We believe Nigeria should expand total revenue to at least meet its recurrent costs, in line with the Fiscal Responsibility Act.