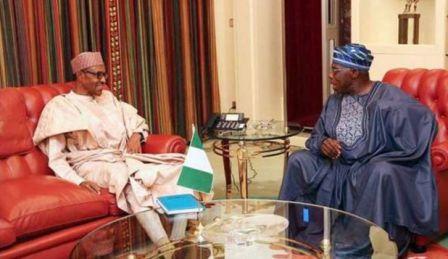 The Federal Government has replied former president Olusegun Obasanjo, insisting that President Muhammadu Buhari has indeed performed creditably in office despite dwindling resources as a result of falling oil prices.

Alhaji Lai Mohammed, the Minister of Information and Culture said in a statement in Abuja yesterday that while the FG respects the personal opinion of Obasanjo as contained in his letter of Tuesday to Buhari, the current administration has recorded tremendous achievements within a short period of time in office.

The minister reeled out some of the achievements thus:

This Administration is making steady progress in its determined effort to revamp the economy, and the results are showing:

* Foreign Reserves have peaked at $40b, the highest level in about four years, and up from $24 billion just a year ago, even though when we came in, the price of oil had crashed woefully.

* According to the National Bureau of Statistics (NBC), headline inflation has fallen for 11 consecutive months, standing at 15.37% as at Dec. 2017. This is the lowest inflation rate since Jan 2017, and it has met and surpassed the target set for inflation in the Administration’s Economic Recovery and Growth Plan (ERGP).

*At about 1.8 billion dollars, the capital inflows in the second quarter of 2017 were almost double the $908 million in the first quarter.

* In the wake of a stable Naira and increased investment inflows, Nigeria’s stock market emerged one of the best-performing in the world, delivering returns in excess of 40 percent.

* Nigeria rose 24 places on the World Bank’s Ease of Doing Business ranking, and earned a place on the List of Top 10 Reformers in the world.

* Government agencies such as the Nigeria Customs Service are reporting highest-ever revenue collection, while JAMB, under the new management appointed by President Buhari in 2016, remitted N7.8 billion to the coffers of the federal government. The total amount remitted by JAMB between 2010 and 2016 was a paltry N51 million!