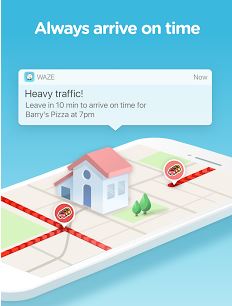 Ford yesterday announced, at Mobile World Congress, in Barcelona, that the popular navigation and traffic app Waze will be available to Ford owners globally from April 2018.

With more than 100 million active users, Waze is the world’s largest community-based navigation app, helping drivers to outsmart traffic together. First announced at CES, the collaboration means that Apple iPhone owners will be able to project Waze from their smartphone to the big screen in their car. Ford already offers mobile navigation app Sygic on the AppLink platform, and the SYNC 3 Navigation System with FordPass Live Traffic.

“We know that people enjoy a range of navigation apps to help them reach their destination safely and more efficiently and have worked closely with partners to make this happen,” said Don Butler, executive director, Connected Vehicle and Services.

“With the SYNC 3 AppLink platform, drivers can access their favourite apps safely and seamlessly while keeping their eyes on the road and their hands on the wheel.”

Ford SYNC AppLink enables drivers to use supported smartphone apps on their vehicle’s integrated touchscreen; with advanced voice and steering wheel controls. AppLink is powered by SmartDeviceLink (SDL) an open source software solution promoted by a number of auto makers. SDL provides a common interface between apps and vehicles.

“Waze works as a personal heads-up from 100 million of your friends on the road – and now that will include the many Ford drivers who will be able to safely access our app while on the move through the car display,” said Jens Baron, product lead, In-Car Applications, Waze.

“Waze is more than just red lines on the map – it reflects a huge community of drivers on the go, outsmarting traffic together all around the world.”

Ford, also in Barcelona, announced that the mobile app from audio-on-demand podcast app Acast would be made available to drivers.

Ford also confirmed that the following apps will be coming soon to AppLink: