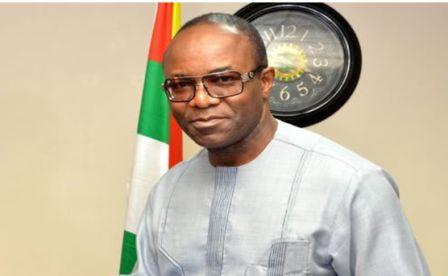 Afrinvest Research gives its view on the 7 Big Wins in the Oil & Gas Sector launched by the federal government. Below is the analysis:

Given the prominent role the petroleum sector plays in Nigeria, especially in relation to export earnings, government revenue and gross external reserves, we believe that the successful implementation of this proposal should fast-track required impetus to optimise opportunities in the oil & gas sector amid recent efforts to boost the non-oil contribution to export earnings and government revenue.

The report also reviews developments in the sector between November 2015 and August 2016 while outlining the short-medium term plans of the Ministry of Petroleum Resources to reposition the industry, ramp up production, reduce costs, foster efficiency and attract investments across the oil & gas value chain. The document highlighted the 7 key focus areas to grow the Nigerian Oil & Gas industry as follows:

Gains from the recently (May 2016)  introduced price modulation framework that ensured a market reflective pricing of petroleum product was highlighted as a key success factor in curbing issues surrounding the diversion of petroleum products to neighbouring countries. This was noted to have reduced daily PMS truck loadout by 47.0% from an average of 1,031 to 546 trucks, eliminated subsidy payment and resulted in an increase in PMS supply within the country, saving the government about N15.4bn monthly.

However, the document emphasised the passage of the Petroleum Industry Reform Bill (PIB) as a key factor to drive reform further. We note that during the week, the National Assembly continued discussion on the PIB with increased optimism that the Bill will be passed soon. A key feature of the PIB is the establishment of a single Independent Regulator which will increase transparency in the sector. In addition to the PIB, the report also outlined plans to introduce 4 new policies; National Oil policy, National Gas policy, Downstream policy and Fiscal Reform Policy. Other policy and regulatory aspirations included, a gas sector policy blueprint, conclusion of the liberalization of the downstream sector, establishment of an appropriate pricing framework for all products, initiation of petroleum products tracking system and elimination of toxic contracts in NNPC.

Emphasis here was on improving business and operating environment in the sector (Upstream, Midstream and Downstream) to attract investment. In essence, a renewed approach to solving the Niger Delta crisis became the focus while fiscal and regulatory reforms to allow full private sector participation and reduce government dominance in the downstream sector and monopoly in the midstream sector.

Close to a US$100.0bn investment is expected to be attracted to the sector should the above be implemented successfully. In line with the above, strategic investment roadshows are expected to be conducted in China, India and US. It must be noted that in June 2016, an investor’s roadshow held in China resulted in signed MOUs worth over US$80.0bn. Also, discussion of a crude oil swap worth US$15.0bn between Nigeria and India is underway.

Plans to harness the vast gas reserves available in the country to reposition Nigeria to become a gas-based economy from an oil-based economy. The immediate gains from this will boost power supply and increase government revenue. A robust gas blueprint which focuses on investment in Gas Infrastructure (such as petrochemical plants), Gas Revolution projects (to improve domestic utilisation and gas monetisation), Promotion of Domestic Utilisation of Liquefied Petroleum Gas (LPG) and Compressed Natural Gas (CNG), reduction of gas flaring and a commercial gas framework is expected to be implemented to jump-start the gas industry.

In the last one year, some local refineries have been partially revived and as such daily production stands at about 7 million litres or 44 thousand barrels. Restoring local refineries to maximum production capacity is one of the major focus points in a bid to ensure a paradigm shift to reposition Nigeria from a net importer of refined petrol products to a net exporter by 2019 while also diversifying the export base. To achieve this, emphasis was placed on the rehabilitation and optimization of capacity utilization of existing local refineries while setting up co-located refineries and modular refineries to guarantee effective supply and distribution of products across the country and African sub-region. Private sector investments as well as Joint Venture Agreements are also expected to boost activities in the sector with an injection of US$1.4 – US$1.8bn for resuscitation of existing refineries.

In response to attacks on oil installations in the Niger-Delta due to the resurgence of militancy in the region, and to support Government’s efforts in tackling these challenges, the document proposes a number of initiatives which include: development of a master plan for the region, introduction of new standards for oil & gas infrastructure to minimise threats of vandalism and the implementation of clean-up of oil polluted areas e.g. Ogoni land amongst others. Nonetheless, the plan to strengthen security in the short-medium term remains largely hinged on improvement in environmental conditions, diplomacy on the part of the current administration and collaborative effort of oil producing companies and the locals.

Without doubt, improvement in transparency and efficiency will drive interest in the sector and a key component to this is the finalisation of the 2011 – 2015 audit of the NNPC which will improve fiscal responsibility as well as give investors better insight into the sector. In addition, the plans for the restructuring of the NNPC will also be finalised while Research & Development centres are set up with the deployment of ICT to ensure efficiency and accountability across the NNPC and Parastatals.

This focuses mainly on improving communication in the sector both internally and externally with other petroleum producing countries while also increasing Nigeria’s relevance in the league of oil producing nations through active membership and participation.