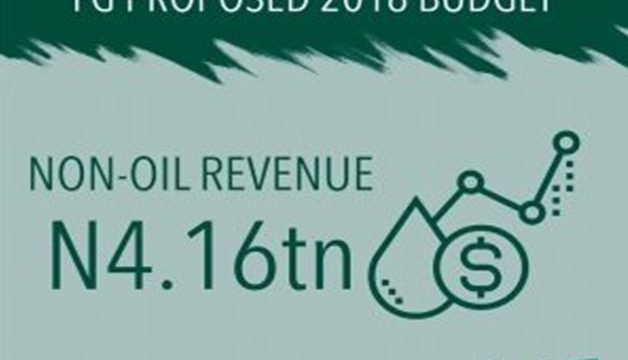 BudgIT decries the masking and insertion of several opaque items with little or no bearing on the economy by the National Assembly.

A recent analysis by BudgIT shows that approximately 6, 529 new projects valued at N579.08bn was inserted into the 2018 budget by the National Assembly.

Out of the 6529 new projects entered into the budget, 90.6% or 5918 items have a unit value below N200m. Also, the projects cannot be directly linked to the written, medium-term aspirations of the government as highlighted in the Economic Recovery and Growth Plan.

An analysis of the inserted projects shows that N63.64 billion or approximately 11% of the new projects added by the National Assembly will be spent on various training and capacity building programmes in 2018.

Given that the budget will be largely funded by borrowings (as highlighted in the 2018 fiscal plan), it is disheartening to discover that most of the identified line items therein show a significant disconnect from the developmental goals of government, as stated in its Economic Recovery and Growth Plan (ERGP).

‘We are alarmed at the number of micro-projects added by the National Assembly that may not fall within the core scope of the Federal Government.

We also noticed that the new projects inserted into the budget are fragmented, and budget line items are accompanied with vague descriptions that will prove difficult to monitor or track in physical and auditing terms. It is equally essential for the National assembly to explain the rationale behind the increased allocations to itself as such cannot be justified given the abysmal distribution to the education and health sector, considering that National Assembly increased its budgetary allocation from N125 billion to N139.5 billion.

We also observed that projects valued at N13.16 billion were cancelled altogether without detailed explanation by the national assembly. Some of the critical projects removed from the 2018 budget included  N200.3 million meant to settle arrears under the national telephony programme, N100 million allocated for the Establishment of an ICT university and the N1.2 billion allocated under the proposed budget for the construction of the  Zauro polder irrigation project.  Equally shocking is the fact that allocation to over 4,621 projects were reduced by approximately N318.89 billion without citations.’

BudgIT welcomes the addition of N55.15 billion to the health sector under the National Health Act. While the amount falls short of the 1% consolidated revenue fund (above N70bn), we see the allocation as the critical starting point and urge Nigerians and critical stakeholders to monitor its implementation.

‘Overall, we believe that the 2018 budget will need proper interrogation from all stakeholders. It is also essential for the National Assembly and Executive to significantly reduce the administrative component of the budget and direct funds towards improving education, health and other critical infrastructure. We also believe that there will be a more in-depth interrogation of the extent of the powers of the National Assembly and how such powers are exercised with great responsibility.’

BudgIT is a civic organisation that applies technology to intersect citizen engagement with institutional improvement, to facilitate societal change. A pioneer in the field of social advocacy melded with technology, BudgIT uses an array of tech tools to simplify the budget and matters of public spending for citizens, with the primary aim of raising the standard of transparency and accountability in government.