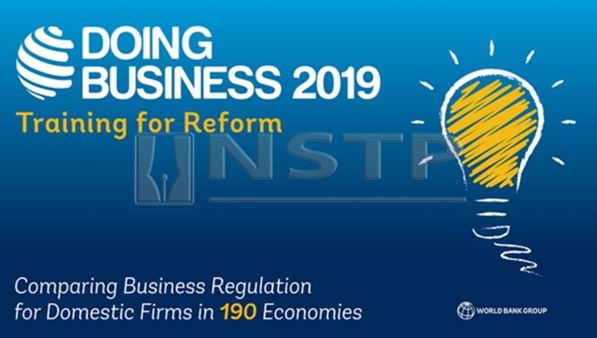 The reforms, carried out in 128 economies, benefit small and medium enterprises as well as entrepreneurs, enabling job creation and stimulating private investment. This year’s reforms surpass the previous all-time high of 290 reforms two years ago.

Sub-Saharan Africa set a new milestone for a third consecutive year, implementing 107 reforms in the past year, up from 83 the previous year.

In addition, this year also saw the highest number of economies carrying out reforms, with 40 of the region’s 48 economies implementing at least one reform, compared to the previous high of 37 economies two years ago.

The region is home to four of this year’s top 10 improvers – Togo, Kenya, Côte d’Ivoire and Rwanda. While reforms in the region were wide-ranging, many improvements focused on easing property registration and resolving insolvency.

“The private sector is key to creating sustainable economic growth and ending poverty around the world,” said World Bank Group President Jim Yong Kim. “Fair, efficient, and transparent rules, which Doing Business promotes, are the bedrock of a vibrant economy and entrepreneurship environment. It’s critical for governments to accelerate efforts to create the conditions for private enterprise to thrive and communities to prosper.”

The report finds that reforms are taking place where they are most needed, with low-income and lower middle-income economies carrying out 172 reforms. In Sub-Saharan Africa, a record number of 40 economies implemented 107 reforms, a new best in number of reforms for a third consecutive year for the region. The Middle East and North Africa region scaled a new high with 43 reforms.

The indicator Starting a Business continued to see the most improvements, with 50 reforms this year. Enforcing Contracts and Getting Electricity saw milestone reforms, with 49 and 26, respectively.

In notable changes to the top 20 ranked economies this year, the United Arab Emirates (UAE) joins the grouping for the first time, in 11th place, while Malaysia and Mauritius regain spots, in 15th and 20th places, respectively. During the past year, Malaysia implemented six reforms, Mauritius five, and the UAE four. The reforms in Mauritius included the elimination of a gender-based barrier to equalize the field between men and women in starting a business.

This year’s top 10 improvers, based on reforms undertaken, are Afghanistan, Djibouti, China, Azerbaijan, India, Togo, Kenya, Côte d’Ivoire, Turkey and Rwanda. With six reforms each, Djibouti and India are in the top 10 for a second consecutive year. Afghanistan and Turkey, top improvers for the first time implemented record single-year reforms, with five and seven, respectively.

“The diversity among the top improvers shows that economies of all sizes and income levels, and even those in conflict can advance the business climate for domestic small and medium enterprises. Doing Business provides a road map that different governments can use to increase business confidence, innovation, and growth and reduce corruption,” said Shanta Devarajan, the World Bank’s Senior Director for Development Economics and Acting Chief Economist.

This year, Doing Business collected data on training provided to public officials and users of business and land registries. A case study in the report, which analyzes this data, finds that mandatory and annual training for relevant officials is associated with more efficient business and land registries.  A second study finds that regular training for customs clearance officials and brokers results in lower border and documentary compliance times, easing the movement of goods across borders. Two other case studies focus on the benefits of accrediting electricians and training of judges.

“This year’s results clearly demonstrate government commitment in many economies, large and small, to nurture entrepreneurship and private enterprise. If the reform agendas are complemented with training programs for public officials, the impact of reforms will be further enhanced, new data show,” said Rita Ramalho, Senior Manager of the World Bank’s Global Indicators Group, which produces the report.

Since its inception in 2003, more than 3,500 business reforms have been carried out in 186 of the 190 economies Doing Business monitors.