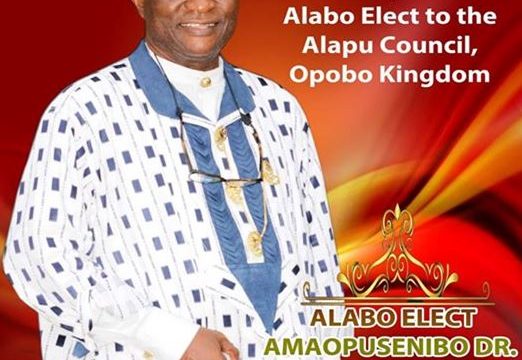 Dr. Justus Clinton Uranta, the immediate past Group Managing Director/CEO of Niger Insurance Plc is set to join the ranks of Royal Fathers in Nigeria following his recent emergence as Alabo-Elect of Queenstown in Opobo Kingdom, Rivers State.

His coronation ceremonies scheduled for June 7, 8 and 9, 2019 will formally mark the beginning of his journey to serve his people as His Royal Highness (HRH) after more than 35 years of meritorious career in the insurance industry.

Queen’s Town (Kweniama) was founded and established by Chief Captain Uranta in 1887 under the protectorate of her Britannic Majesty, HRM Queen Victoria 1, Queen of England.

Today, Queenstown is part of the Opobo Kingdom, established by Chief Captain Uranta along with others, including the revered King Jaja of Opobo.

Chief Captain Uranta was a merchant warlord who fought and conquered many battles that earned him War Canoe Houses in Ibani translation– Omufie Aru Wari.

After the reign and death of Chief Captain Uranta, there had been other great men of repute who had reigned in royalty on their father’s throne, including Chief Justice Elijah Allswell Uranta, TIU’s illustrious father.

After the death and burial of the immediate past Chief, the Royal stool has remained vacant with the need to fill the vacuum.
On that premise, a resolution was passed to Chief Captain Uranta War Canoe House to search for a befitting replacement.

An astute Manager of Men & Resources, Dr. Justus Clinton Uranta had over 20 years of experience at the top management level of Niger Insurance Plc before bowing out of office with honour and grandeur.

He was until recently, the Group Managing Director/Chief Executive of Niger Insurance Plc, one of the leading insurance conglomerates sitting at the top of the financial sub-sector of the economy.

Prior to this, he held top management positions in other equally notable public institutions: such as NICON Insurance Corporation, Federal Ministry of Trade (finance) and Veritas Insurance Company, to mention but a few.

He is currently on the Board of the following companies:

Uranta also has fellowship awards from the following institutions:

He was also a member of FSS 2020 (Insurance Sector Committee).

A grassroots man, he is well at home with members of his rural community.  His belief in selfless service to humanity has been demonstrated in his contributions to educational advancements in his environment.

He is a strong believer in the cause of the common man and being a self motivated person, equally believes in motivating people around him.

Above all, he is God fearing and prudent in the conduct of his daily affairs.

He is happily married with children.