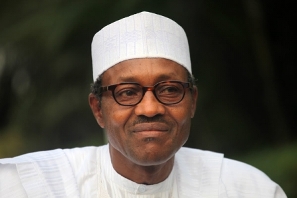 The Minister of Information and Culture, Alhaji Lai Mohamed has declared that the administration of President Muhammadu Buhari is pro-private business and is keen on providing the enabling environment for the private sector to meaningfully participate in the development of the Nigerian economy.

The Minister who stated this at the formal inauguration of the Stakeholders Engagement Committee (SEC) of the National Council on Privatisation (NCP) in his office in Abuja on May 15, 2018, noted that the inauguration of the Committee was yet another opportunity to enforce the integrity of the present administration by ensuring that privatisation was carried out with transparency. He added that the administration recognises the role of the private sector in the Nigerian economy.

Mohammed who is the Chairman of the Committee enjoined the members to ensure that the Committee lives up to its responsibilities by identifying and maintaining contacts with the various stakeholders and opinion leaders to be able to advise the Council on their concerns and interests on the privatisation programme.

The Minister noted the poor perception by many Nigerians of the privatisation programme and said the members had the task to change the perception.

The Chairman said that given the crucial role of the Committee, its members must ensure that it delivers on its assigned mandate of reaching out to all the stakeholders of the privatisation programme.

Earlier, Director General of the Bureau of Public Enterprises (BPE), Mr. Alex A. Okoh had called on the Committee to correct the erroneous impression that privatisation is unmindful of the interest of the general public.

He urged the Committee to reverse the development through a process of robust stakeholder engagement and “to help harmonise the public enterprise reform agenda under the supervision of the NCP, whilst also promoting a favourable perception and application of the privatisation programme in the mind of the public as well as local and international investors”.

Okoh noted that the benefits of privatisation have not been universally acknowledged or appreciated in Nigeria in the court of public opinion where it is believed that privatised enterprises may have been sold for far less than their actual market value; and that the enterprises may be under performing.

However, he maintained that in the 30 years of the enterprise reform journey in Nigeria,  out of the 140 public enterprises across  the various sectors   of the economy that have been privatised, a high percentage  have achieved a good level of performance.

“It can thus be seen that there is something of a mismatch between public perception of privatisation and the reality of its value and contribution to the economy. Accordingly, the importance of an effective stakeholder engagement strategy cannot be overemphasized. There is a clear and present need to build support and understanding for the Federal Government’s reform agenda by effectively communicating the considerable benefits of privatisation”, he stated.

Ecobank Engages a New Set of Graduates in Training