The Malaria: The Scourge of Africa 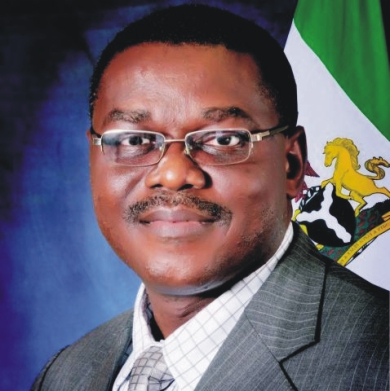 …one of the most widespread infectious diseases of our time, taking the lives of almost one million people a year, most of them in sub-Saharan Africa and under the age of 5. It is the fifth leading cause of death worldwide and almost half the world’s population (3.3 billion) is at risk.Children and pregnant women are among the most vulnerable.

The disease is not only a major killer inAfricabut a primary cause of poverty. It has been estimated to costAfricamore than US$ 12 billion every year in lost GDP. Malaria traps people in poverty and undermines the development of some of the poorest countries in the world. Though the majority of the cases and deaths (85%) from malaria are found in sub-Saharan Africa, malaria is also endemic in Asia andLatin America.

Malaria is often referred to as the epidemic of the poor.

Malaria and poverty are intimately connected. Judged as both a root cause and a consequence of poverty, malaria is most intractable for the poorest countries in the world. Malaria affects the health and economic growth of nations and individuals alike and is costingAfricaabout $12 billion a year in economic output.

Yet another report by Patrick Sampao in Malaria World, says the disease is in large part determined mainly by climate and ecology, and not poverty per se, the impact of malaria takes its toll on the poorest, those least able to afford preventative measures and medical treatment.

According to UN economists, malaria is one of the top four causes of poverty. Every year, it kills three million people and is estimated to cost the African economy $30 billion per year. Professor Jeffrey Sachs author of “End of Poverty” says ending malaria is the most important priority in liftingAfrica out of poverty.

An example of the connection between malaria and poverty is the sale of bad drugs to poor people. According to WHO estimate, 20 per cent of the people who die from malaria die because they took bad drugs.

Poor people may not afford proper anti-malaria medication unless the medicines are subsidized.

The Earth Institute says malaria has a greater impact onAfrica’s human resources than simple lost earnings. Although difficult to express in dollar terms, another indirect cost of malaria is the human pain and suffering caused by the disease. Malaria also hampers children’s schooling and social development through both absenteeism and permanent neurological and other damage associated with severe episodes of the disease.

The simple presence of malaria in a community or country also hampers individual and national prosperity due to its influence on social and economic decisions. The risk of contracting malaria in endemic areas can deter investment and affect individual and household decision making in many ways that have a negative impact on economic productivity and growth.

Some examples of negative impact include:

Counting the Cost of Malaria

A lack of funding is a major barrier to curbing malaria inAfrica. It is estimated that $2-3 billion is required per year to scale up malaria control programmess throughout endemic countries in sub-SaharanAfrica. But only about $200 million is spent every year on malaria control in the continent by both African and donor governments and by UN agencies. In addition, the Global Fund to Fight AIDS, TB, and Malaria has given around $220 million for malaria inAfricathis year.

Other sources of increased funding include the World Bank’s Booster Programme for Malaria Control, which amounts to between $500 million and $1 billion over the next five years, and the Bush Initiative on Malaria announced at the G8 Summit (July 2005) of $1.2 billion over five years for 15 countries.

“We estimate that by 2008, 660 million people will be at risk of malaria in sub-SaharanAfrica. With approximately one net needed for every two people, about 330 million nets will be needed. Using WHO data, we can estimate that the cost for treatment will be about $875 million in 2005, increasing to around $938 million in 2008.”

According to theMalariaPolicyCenter, malaria was eradicated in theUnited Statesin the 1950s. Malaria was also brought under control and even eliminated in many parts of Asia, Europe and the Americas. Yet these campaigns never reached sub-SaharanAfrica. InAfrica, with very efficient mosquito vectors, increasing drug resistance and struggling health systems, malaria infections have actually increased over the last three decades.

Experts agree that a comprehensive approach is needed to effectively control malaria. Such an approach involves the use of insecticide-treated bed nets, spraying the inside walls of houses with insecticides, providing access to diagnosis and antimalarial drugs, and delivering a packet of interventions through strengthened antenatal care services for pregnant women. Underpinning these four is education – empowering families and communities with the knowledge and resources to combat this disease. Additionally, experts encourage continued research into the development of a vaccine.

BPE Inaugurates Board of Yola DISCO