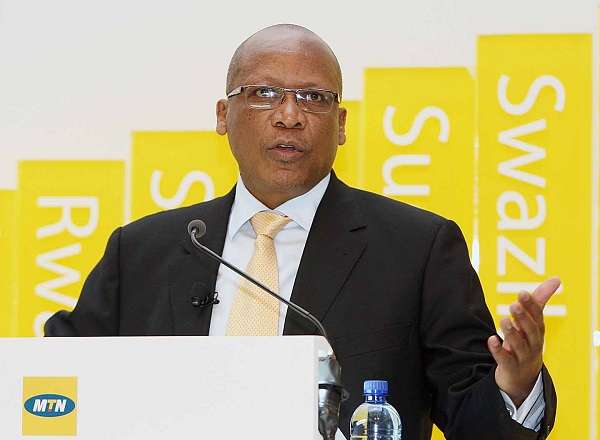 Mr. Sifiso Dabengwa, the Chief Executive Officer of MTN Group has resigned with immediate effect over the N1.04 trillion ($5.2bn) fine imposed on MTNN Nigeria by the Nigerian Communications Commission (NCC) for failing to deactivate unregistered SIM cards. The resignation of Dabengwa was announced by the company early Monday.

Meanwhile, feelers are also emerging that Mr. Michael Ikpoki, the CEO of MTN Nigeria and other top management staff might be sacked any moment in a house cleaning process that has already started at the Group’s head office in South Africa.

MTN Nigeria was recently fined $5.2bn by the Nigerian Communications Commission for failing to deactivate 5.1-million unregistered SIM cards on its network.

The company’s share price has been hard hit by the news, with the JSE last Monday temporarily suspending trading in MTN’s shares.

MTN said on Monday that Non-executive Chairman, Phuthuma Nhleko had agreed to act as executive chairman for a maximum period of six months while the company identified a successor for Dabengwa.

MTN spokesman Chris Maroleng told 702 Talk Radio that while Mr Dabengwa took the step to resign as “an honourable” gesture, this did not mean that he was at fault for the unregistered SIM card debacle in Nigeria.

The company is also being investigated by the JSE as it disclosed the Nigerian matter only when information started going public in Nigeria, even though it was fined in August.

MTN said: “The engagement with the Nigerian authorities on the Nigerian Communications Commission fine is continuing and shareholders will be advised as soon as there are any material developments on this matter.”

The company also advised investors to “exercise caution when dealing in the company’s securities until a further announcement is made”.