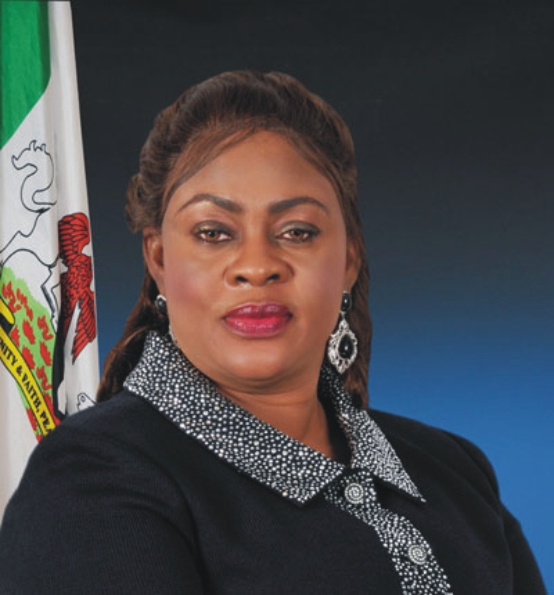 The International Air Transport Association (IATA) called on governments to be stronger partners in maximizing aviation’s economic and social benefits.
“Our industry’s licence to grow is earned through working with governments to constantly make flying even safer, more secure, and more sustainable. Now we need an agenda to achieve tax regimes that do not kill growth, regulation that facilitates growth and infrastructure that can efficiently accommodate growth. Doing so will enable the substantial economic benefits—jobs and growth—that global connectivity provides,” said Tony Tyler, IATA’s Director General and CEO at the opening of the 68th IATA Annual General Meeting and World Air Transport Summit in Beljing, China.

Aviation is a key driver of economic growth, jobs, and prosperity:
• In 2011, aviation safely transported some 2.8 billion passengers and 48 million tons of cargo. The value of goods transported by air is estimated at $5.3 trillion, which equals to 35 per cent of the value of all goods traded internationally. A recent study by Oxford Economics confirmed that aviation’s contribution to the global economy supports 57 million jobs and some $2.2 trillion in economic activity
• Oxford Economics projected that aviation will grow about five per cent annually to 2030. That would see passenger numbers rise to 5.9 billion and cargo shipments could triple to nearly 150 million tonnes. This connectivity would support 82 million jobs and $6.9 trillion of global GDP
• If growth is held back by even one percentage point, the global economy would forfeit 14 million jobs and over $1 trillion in GDP contribution from aviation.
“Aviation’s benefits are not guaranteed. Aviation is expected to grow about five per cent annually to 2030. If that growth is held back by even one percentage point, the global economy will forfeit over a trillion dollars and 14 million jobs. Modern economies cannot prosper and create jobs if they are not connected to global opportunities through aviation. Governments need to unleash the power of aviation to drive jobs and growth. And airlines need to be successful businesses—keeping revenues ahead of costs and generating returns for their shareholders—to deliver economic benefits,” said Tyler.
Tyler elaborated the agenda for profitable growth with respect to taxes, regulation, and infrastructure as follows:
Taxes: “Excessively taxing aviation makes no sense. Taxes dampen growth—with a knock-on effect on jobs and the broader economy. Bluntly put, making connectivity more expensive destroys jobs and slows economic growth. The United Kingdom had to admit this when the recent increase in its GBP 2.6 billion Air Passenger Duty (APD) threatened direct connectivity to Northern Ireland. With inward investment and jobs at stake, the government reduced international APD for Northern Ireland. Regrettably, the government increased this job-destroying tax across the rest of the United Kingdom instead of abolishing it altogether,” said Tyler.
Tyler also cited the positive impact of low tax regimes. “Hong Kong, Singapore, and the United Arab Emirates are among governments building their economies around air connectivity. The result is a virtuous circle. They are great markets for airlines. Businesses prosper from connectivity. And governments reap the benefits of increased employment and a stronger tax base. Aviation should be seen by governments as a source of revenue—but not as a cash cow. Aviation is a powerful workhorse. Using it wisely will deliver benefits throughout the economy,” said Tyler.
Regulation: “Sensible regulation that increases safety or enhances competitiveness is good. But too often even the best-intended new regulation can have unintended and damaging consequences,” said Tyler. He noted punitive passenger rights legislation in the United States and Europe as examples of misguided regulation:
• EU Regulation 261 forced airlines to compensate passengers for the hasty and unnecessary decision by governments to close European airspace in 2010 when a volcano erupted in Iceland

• The United States introduced heavy fines for long tarmac delays. To avoid potential fines, flight cancellations increased
“Making airlines pay for the mistakes of governments or incentivizing airlines to cancel flights are the unintended consequences of poorly thought-out punitive passenger rights legislation on both sides of the Atlantic. Airlines don’t want delays. And fines don’t address their root causes. The market forces of choice and competition empower passengers and are the best way to drive up service levels so long as governments also do their part,” said Tyler.
“When regulating, governments should consult with industry, evaluate the costs and benefits, and keep focused on unleashing aviation’s power to generate jobs and growth,” said Tyler.
Tyler also encouraged stronger economic regulation of infrastructure suppliers. Recently, the South African regulator allowed a 161 per cent increase in airport charges and a 70 per cent increase in air navigation fees. Similarly, the Indian regulator allowed a 346 per cent increase in charges at Delhi. “Both regulators followed prescribed guidelines, but failed to protect the public interest. We must work with governments to build regulation that supports jobs and economic growth by keeping the cost of connectivity reasonable,” said Tyler.
Infrastructure: “Where governments are focused on jobs and growth, the urgency of accommodating the increasing demand for connectivity is crystal clear. You cannot unleash the power of an industry to drive economic benefits unless it has the capacity to grow,” said Tyler.
Tyler took aim at European governments for failing to deliver the Single European Sky (SES). “By 2020, the Single European Sky (SES) is meant to cut air navigation costs in half and increase capacity by 70 per cent–important goals for the European economy. But states are falling at the first hurdle. They watered down the modest 4.5 per cent first stage efficiency target proposed by the European Commission to 3.5 per cent. And the latest Performance Review Board assessment is depressing reading. Most states won’t meet even the unambitious targets that they agreed to. And as a result, airlines face EUR189 million more cost in 2014.
“SES has the strong support of the European Commission, the European Parliament, and Vice President Siim Kallas. They have the full support of the industry to drive a top down approach. This should include severe consequences for states and air navigation service providers that don’t meet their targets,” said Tyler.
Tyler also highlighted the need for governments to meet demands for connectivity with airport capacity. “A few kilometers of runway and an efficient terminal infrastructure can put global markets at the doorstep of every local economy. Some governments understand this and are realizing the benefits of prioritizing airport investments.
But there is also a long list of countries that are not taking full advantage of aviation’s economic potential. The United Kingdom is not expanding Heathrow’s runway capacity. Germany is banning night flights at Frankfurt. Australia needs a long-term plan to meet Sydney’s capacity needs. And India has not mustered the political will to build a new airport to serve the needs of its financial capital—Mumbai. And this is just the start of a long list,” said Tyler.