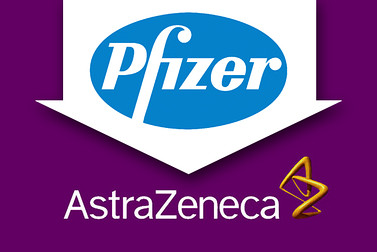 British pharmaceutical laboratory AstraZeneca Plc just launched an expansion plan in Africa that aims to boost drugs sales by 10% a year, by focusing on non-communicable diseases, Bloomberg reported on January 10th citing one of the firm’s officials.

AstraZeneca, who already has a plant that manufactures drugs to treat high-blood pressure and cholesterol in Egypt, plans to build another one in Algeria.

“Construction is about to start on a manufacturing plant in Algeria,” said the company’s vice-president for the Middle East and Africa, Tarek Rabah, adding that this infrastructure would cost “tens of millions of dollars”. It should manufacture drugs to treat cardiovascular diseases, cancer and diabetes.

On February 3, 2016, AstraZeneca signed an agreement with the Ethiopian ministry of health to screen for high-blood pressure after a similar initiative in Kenya in October 2014 where more than 150,000 people were diagnosed with the condition.

“While the health-care industry focus in Africa has been on combating communicable diseases like malaria, action needs to be taken to tackle illnesses such as those caused by heart problems,” Rabah said. “More than 50% of deaths across the continent are projected to be caused by non-communicable diseases by 2030,” he continued.

The pharmaceutical group was established in 1999 as a result of merger between Sweden laboratory and British laboratory integrates its African expansion into a long-term strategy.

“If you want to expand in Africa, you need to understand this is a long-term effort. You need to be an active contributor to really strengthen the health-care system,” said Rabah whose firm sold about $500 million of drugs in Africa last year.

In 2013, drug sales in Africa amounted to $20.8 billion against $4.7 billion 10 years earlier, a study published in June 2015 by consulting firm McKinsey. This market should however triple in size by 2020 to $65 billion, the same study revealed.