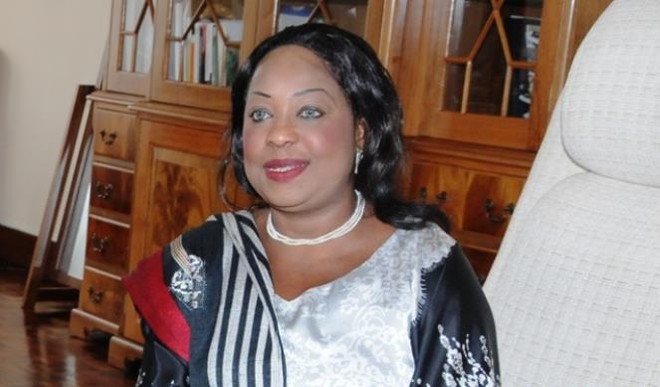 As outlined in paragraph 34 of the Annex to the General Assembly resolution 32/197 of 20 December 1977, Ms. Samoura, on behalf of the UN system, will have overall responsibility and exercise team leadership for the co-ordination of operational activities for development in Nigeria.

During the presentation ceremony, Ms. Samoura highlighted the challenges faced by the national authorities, especially in addressing poverty and responding to the development and humanitarian needs of the North Eastern parts of the Nigeria.

She pledged full support to the people and government of Africa’s largest economy in efforts aimed at meeting both short and long term development goals, including achieving the Sustainable Development Goals (SDGs).

She promised the commitment of the over 19 UN Agencies, Funds and Programmes in the country to work closely with the Government and other partners in implementing the national development agenda, and to intensify efforts that will sustain development advances the country has so far made.

The UN Ambassador also used the occasion to commend the Government of Nigeria for the ongoing rehabilitation of the UN House and pleaded for its speedy completion, adding that this would enhance operational efficiency and facilitate even more effective support to the government and people of Nigeria.

Onyeama assured the UN Ambassador and the UN system in Nigeria of an unparalleled support of the Ministry and Government to the mission of the UN and committed to helping address all operational bottlenecks to enable the UN system operate even more effectively and efficiently.

Samoura, a Senegalese national, comes to Nigeria with rich experience. Before her appointment (2010-2015), she was UN Resident Coordinator and UNDP Resident Representative for the Republic of Madagascar. She has over 20 years’ experience in the UN system having held leadership positions including; Country Director and Representative, Guinea, (2009-2010);

During her tenure with WFP, Ms. Samora was seconded to the Office for the Coordination of Humanitarian Affairs in Chad from 2007-2009. Before joining the UN, she worked in the private sector and has travelled extensively in Africa and beyond. She speaks English, French and Spanish.