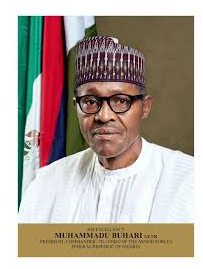 Speaking at the World Bank meeting in Bali this month, Jim Yong Kim, the World Bank President, said that African leaders approached him and said that they need more support to provide base-load power in their countries.
He said that these African leaders are telling him it is wrong for institutions like the World Bank to tell them they cannot use fossil fuels for base-load electricity.
Speaking in Bali, Kim said that leaders across the developing world are telling him: “You’ve come to us in Africa who have put almost none of the carbon in the air and you can tell us we can’t have base-load electricity. You’re outraged by climate change, we have almost no responsibility for putting the carbon in the air and yet you’re telling us we can’t develop and have base-load energy because we can’t use a single drop of fossil fuel for our own energy needs. And I can tell you, when I hear that from our leaders, from people in industry, in places like Africa, it’s compelling to me.”
An estimated 1.1 billion people – 14% of the global population – do not have access to electricity according to the International Energy Agency. The World Bank has announced it will not fund upstream oil and gas projects from 2019 onwards, which follows a similar ban on coal financing.
Kim added at the Bali meeting: “We feel that you have to listen to the social justice arguments from people from poor countries who have not put any of the carbon in the air and want to have base-load.”
It was reported in May by Bloomberg that climate talks organised by the United Nations ended with “developing countries demanding more clarity from their richer counterparts on when a promised package of $100 billion in finance will materialise.” The piece said that “developing nations want more detail on what money is coming before signing up to the Paris rules.”
In late 2017, Standard and Poor’s released a report questioning where $100 billion would come from, citing a need for many countries to increase budgets and debt burdens to finance their pledges
The report by Standard and Poor’s said: “In our view, it is very unlikely that governments would be willing, or able, to risk deteriorating their creditworthiness by stretching their budgets and debt burdens to fund the implementation costs.”