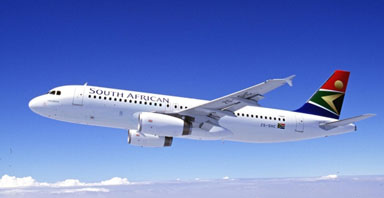 “July saw demand strengthen, after a softening in June. Demand was stimulated by lower fares which, in turn, were supported by lower oil prices. And near record high load factors demonstrate that people want to travel. But, there are some important sub-plots to the narrative of strong demand. Long-haul travel to Europe, for example, suffered in the aftermath of a spate of terrorist attacks. And the mature domestic markets are seeing demand growth stall while Brazil and Russia contract,” said Alexandre de Juniac, IATA’s Director-General and CEO.

Middle East carriers posted the strongest growth in July, with a 13.1% year-over-year increase; demand had dipped in June owing to the timing of Ramadan. Capacity rose 15.5%, causing load factor to drop 1.7 percentage points to 78.6%.

Asia-Pacific airlines’ July traffic rose 9.8% compared to the year-ago period. Capacity increased 8.6% and load factor climbed 0.9 percentage points to 81.7%. Reports suggest that Asian passengers are putting off traveling to Europe in favor of regional trips owing to terrorism fears: while traffic on Asia-Europe routes fell by 0.9% in June, international traffic within Asia rose 8.1%, which was a four-month high.

European carriers saw July demand increased by 4.1% compared to a year ago, which was the slowest among the regions. Demand has been affected by the recent terrorist attacks as well as political instability in parts of the region: traffic has grown at an annualized rate of just 1.4% since March. Capacity climbed 4.7% and load factor dipped 0.5 percentage points to 86.7%, which was still the highest among regions.

North American airlines’ traffic climbed 4.8%, while capacity rose 5.1% with the result that load factor fell 0.3 percentage points to 86.1%. Seasonally adjusted volumes have risen at an annualized rate of more than 8% since March helped by transpacific and leisure traffic to Central America and the Caribbean.

Latin American airlines’ demand rose 7.5% compared to July 2015 as the upward trend in traffic resumed following a soft patch in the first quarter of 2016. Capacity increased by 4.2%, boosting load factor 2.6 percentage points to 85.3%.

African airlines experienced a 7.4% increase in traffic compared to a year ago but this relates mainly to the strong upward trend in seasonally-adjusted traffic during the second half of 2015. Capacity rose 5.9%, and load factor climbed 1.0 percentage point to 72.4%, lowest among regions.