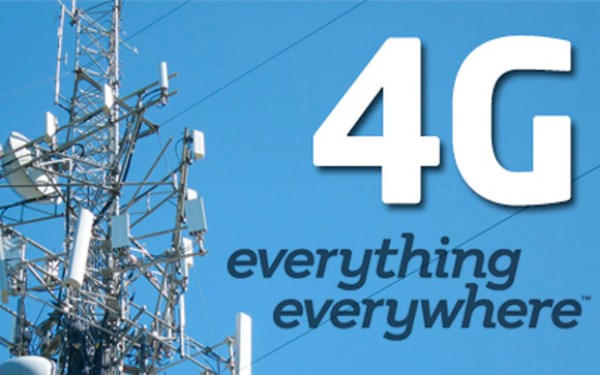 The series of reports points to an accelerating technology shift to 3G 4G mobile broadband networks across both developed and developing markets, which is fuelling digital innovation, smartphone adoption and mobile data growth.

The study calculates that the mobile industry made a $3.1 trillion contribution to the world economy last year, equivalent to 4.2 per cent of global GDP.

“Our new report reveals that mobile broadband is now a truly global phenomenon, extending high-speed connectivity and services to citizens in all corners of the world,” said Mats Granryd, Director General of the GSMA.

“The unprecedented growth in mobile broadband last year is testament to the billions of dollars that mobile operators have invested in next-generation networks, services and spectrum in recent years. Mobile is now the most ubiquitous platform for people and businesses to connect and innovate in today’s digital economy.”

4G accounted for one billion of the 7.3 billion mobile connections reached by the end of 2015. The number of 4G connections doubled in 2015, largely as a result of the increase in 4G network deployments in the developing world.

At the end of the year, there were 451 live 4G (LTE) networks available in 151 countries, with almost half of these in the developing world. 4G is forecast to account for around a third of the almost nine billion mobile connections expected by 2020.

The combination of increasing mobile broadband access and rising smartphone adoption is contributing to an explosion in mobile data usage. Smartphones accounted for 45 per cent of mobile connections in 2015 (up from just 8 per cent in 2010) and a further 2.6 billion smartphone connections are expected to be added over the next five years.

Mobile data volumes are forecast to grow at a CAGR of 49 per cent over the next five years – a more than seven-fold increase – approaching 40 exabytes per month by 20202. This will be equivalent to a global average of 7 gigabytes per subscriber per month.

Mobile Contributing to GDP, Jobs and Public Funding
The global mobile industry added $3.1 trillion in economic value to the global economy in 2015, equivalent to 4.2 per cent of GDP4. This is predicted to rise to $3.7 trillion by 2020.

The industry also directly and indirectly supported 32 million jobs in 2015 (forecast to rise to 36 million in 2020) and contributed $430 billion to public funding in the form of various types of taxation, a figure expected to grow to $480 billion in 2020 based on current levels of taxation.

This public funding contribution excludes fees paid by operators for spectrum licences, which generated more than $90 billion for governments around the world last year as operators continued to acquire the spectrum they require to deploy mobile broadband.

The widespread availability of mobile networks is accelerating the ability to achieve the UN Sustainable Development Goals.
From improving access to vital services such as education, healthcare and financial services, to delivering smart agriculture and electricity management solutions, building resilient infrastructures or closing the gender gap, mobile technology is central in addressing a range of socio-economic development challenges. However, the report also notes the need for regulation to keep pace with rapid innovation.

“The fast pace of change means regulation can quickly become obsolete, irrelevant or, in some cases, harmful – distorting competition, slowing innovation and ultimately depriving consumers of the benefits of technological progress,” added Granryd.

“Recognising these challenges, the mobile industry is calling on policy-makers worldwide to adapt out-dated market regulations to reflect the new digital ecosystem.”