Worldwide IT Spending to Rebound in Half Year 2017 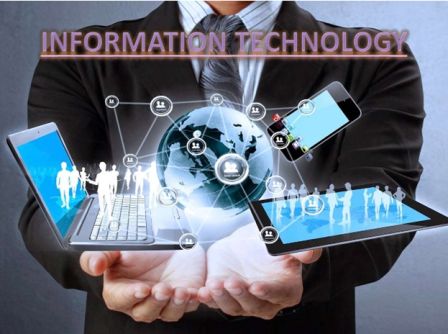 Worldwide IT spending is expected to increase by 4.5% in 2017 in constant currency terms, a significant improvement on last year’s growth of 2.5%, with stronger upgrade cycles for infrastructure and mobile devices leading the improvement in the second half of the year.

According to the latest edition of the International Data Corporation (IDC) Worldwide Black Book, total IT spending this year will reach $2.1 trillion and is forecast to increase by another 4% in 2018 as positive momentum continues into next year. Including telecom services, which will increase by just over 2% in constant currency terms this year, the overall ICT market will reach $3.5 trillion in 2017.

Cloud Is Still Leading the Way

The strongest growth this year will come from infrastructure hardware, enterprise software, and mobile devices. With cloud service providers expected to accelerate their datacenter investments in order to keep pace with growing demand for cloud services, total server spending will increase by 4% this year and 5% in 2018. Enterprise spending on server and storage infrastructure will also pick up in the second half of 2017, driven by product refresh cycles. Meanwhile, demand for Infrastructure as a Service (IaaS) will remain robust, with spending set to exceed $25 billion this year and more than $50 billion by 2020.

Smartphone Sales Will Improve Compared to 2016

Last year saw a significant slowdown in the smartphone market, as increasing maturity and price competition affected many markets. Stronger growth is expected in the second half of 2017, as premium vendors launch significant new products while smartphone penetration and value continues to grow steadily in key emerging markets including China. Overall smartphone spending will increase by 7% this year to $439 billion, a big improvement on last year’s 1% growth.

“Cloud and mobile are still the big drivers for IT spending, despite the attention devoted to new technologies like augmented reality, artificial intelligence, and robotics,” said Stephen Minton, vice president, Customer Insights & Analysis. “New technologies will drive a larger share of market growth in the next 5-10 years, but the short term will also see a resurgence of growth in markets tied to 3rd Platform opportunities, including cloud services, mobility, and big data.”

Software spending will increase by 7% this year to more than $471 billion in constant currency, driven by continued enterprise investment in big data and analytics alongside ongoing adoption of Software-as-a-Service (SaaS) and other key growth segments.

Meanwhile, IT services spending will post growth of 3% this year, led by project-oriented services. In telecom services, growth will still be driven by fixed and mobile data services while voice revenues continue to decline.

“While overall market momentum is set to improve, some technologies will continue to drag on industry growth in the near term,” said Minton. “High-end servers are expected to post another year of double-digit decline this year, while hardcopy peripheral spending will fall for the second year in a row. Overall tablet spending will also decline again, despite improving sales of hybrid and detachable models, while sales of traditional PCs and external storage systems will be broadly flat. This year will also see slowing growth for enterprise network equipment and traditional outsourcing services. For vendors still relying on 2nd Platform technologies for their revenue and growth, the market will remain challenging.”

CEO Mworia: ‘Give Yourself Permission to Succeed in Business’