USSD Charge: To Be or Not To Be? - Business Journal 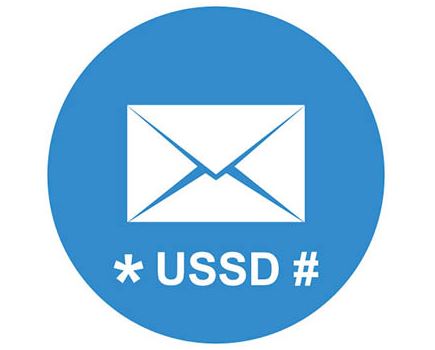 Nigerians, like customers everywhere in the world, are averse to price change and introduction. And like good customers, Nigerians are wont to kick and resist price hike under any guise.

This is why when people received text messages from a leading telecommunications services provider hinting of plans to commence charging N4 per 20 seconds on Unstructured Supplementary Service Data (USSD) platforms for money transfer transactions in Nigeria, the Internet literally broke as several people took to social media to express their grievance. It was hot. It was heated. It trended.

Unsurprising it got the attention of the new Minister of Communications and Digital Economy, Dr. Isa Ali Ibrahim Pantami who directed it be suspended until further determination. He has since declared the plan cancelled.

The Bankers’ Committee rather curiously, jumped on the bandwagon and slammed the charges. It more or less called it uncalled for.

The telcos didn’t keep quiet. They, through the Association of Licensed Telecom Operators of Nigeria (ALTON) released documents purportedly showing that the charges had the agreement of the bankers.

ALTON naturally came out strongly in defense of telecom companies in Nigeria over the purported charges for USSD use.

The umbrella body of all licensed telecom operators in Nigeria, speaking through Mr. Gbolahan Awonuga, its Administrative Secretary, noted that the N4.00 was determined by the Nigerian Communications Commission (NCC), the country’s telecom regulator.

ALTON’s stand indicated it wasn’t afraid of a fight. It questioned the statement credited to the Minister of Communications, Dr Isa Ali Ibrahim Pantami directing the telecom operators to discontinue the charges until he is fully and properly briefed. ALTON stated that the issue being discussed is not policy, but regulation.

“We are confusing regulation with policy. There was a determination on this USSD, even before the appointment of the Minister,” Gbolahan explained.

He argued that the Central Bank of Nigeria (CBN) is protective of the banks, but wondered why the telecom operators cannot be protected. According to him, “It is not about the good boy, but this is a commercial (matter) and the normal thing has been done.  Operators did not come up overnight to charge N4. It was deliberated upon and a decision taken.”

Interestingly, the NCC, Nigeria’s telecom regulator has been uncharacteristically silent on the matter. It would appear that the commission is caught between the proverbial rock and a hard. It can’t be seen to openly contradict the Ministry and Minister. This is expected in a patronage dependent clime like Nigeria, where no institution is truly independent.

For the Minister, well, Nigerians naturally already hailed him as a hero. He is fighting for the welfare of the common man. He is getting plenty of accolades. But it should not end there. He must now demonstrate that he understands the issues and can see the bigger picture.

So, the real problem is that the USSD charge is perceived, rightly or wrongly, as another penalty.

And Nigerians are wary of penalties.

Furthermore, the popular view is that the financial sector is the major beneficiary of these charges. The telcos it seems now simply desire a piece of the pie.

No one can argue that they don’t deserve it. They have made humongous investment in the sector. But the point is that this piece of the pie should not come separately from the customers who are already made to pay so much at every turn.

The way forward is that between the financial services firms and the telcos they must explore how to split what is already been collected. The NCC and CBN can be the arbiter in that process.

The government, on its own must decide what it wants. If the goal is to boost financial inclusion then it must cease to support or promote policies that unfairly penalise people for using financial services, regardless of whether it is online or offline.

Where it wants to move forward in the drive for the establishment of the cashless economy, the Federal Inland Revenue Service (FIRS) must stop talking of taxing online transactions. This sort of talk is no doubt counterproductive.

To build a society positioned for the digital economy, the citizens must be carried along, government policies must encourage it and the access to digital services and tools must become ubiquitous.

In the meantime, NO TO USSD CHARGES.